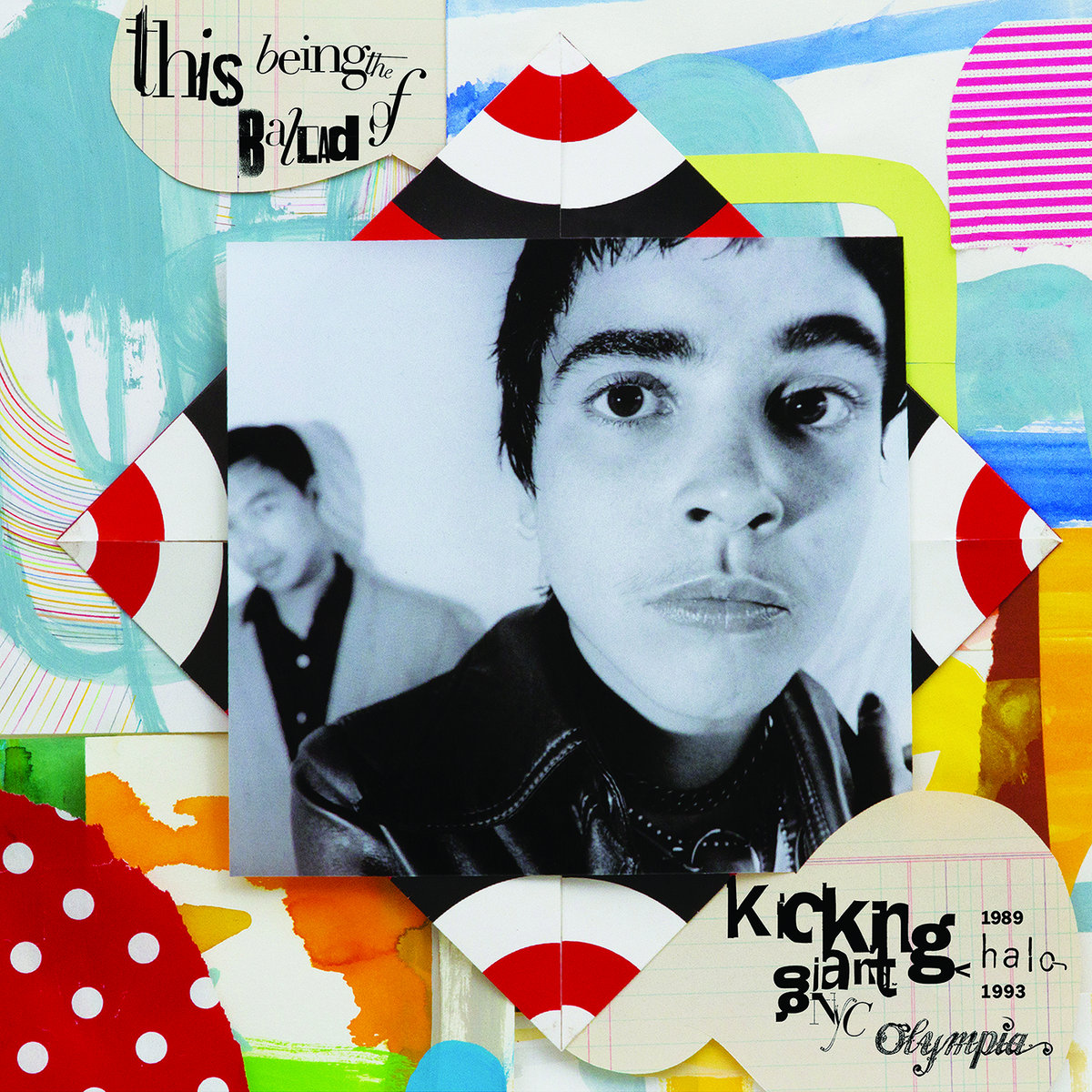 As John Lennon wrote, "So this is Christmas ... ."  But unlike John, we aren't here to discuss the state of the world, but help you with your shopping.  While we believe that buying music is a year-round task that is essential for your mental health and well-being, we also think that this season is particularly appropriate for special acquisitions.  And with that perspective firmly locked into our tunnel vision, we suggest you evaluate This Being the Ballad of Kicking Giant, Halo: NYC/Olympia 1989 - 1993.  Kicking Giant was a duo formed in New York by Coopers Union students Tae Won Yu, a local lad, and Rachel Carns from Wisconsin.  With Yu on guitar, Carns on drums, and both sharing vocal duties, they forged a partnership grounded in minimalist punk but venturing into twee, art-noise, riot grrl and some very affecting pop. After releasing several cassettes in NYC, Yu and Carns relocated to Olympia, Washington, released the Halo EP and signed with Calvin Johnson's K Records.

Kicking Giant only lasted a few more years before Carns moved on to other musical projects and Yu focused on the visual arts, but the music they left seems to us as a prime example of the art that can be created by fearless, DIY spirit and inspiration, rivaling Johnson's own Beat Happening.  It was music of hard surfaces and vigorous, even aggressive performances, with not much vulnerability (but see "Cry Baby Cry" below for a stunning exception).   But it also was vital, inspiring and often quite danceable.  As a small town Wisconsin boy who earned a degree and eventually took up residence in the Puget Sound area, I also have a soft spot for Carns' journey, but our choice of this album is about the music.  And this is music that we keep playing daily around the office despite having lots of other music to cover.

This Being the Ballad of Kicking Giant, Halo: NYC/Olympia 1989 - 1993 is out now in vinyl and digital formats via Brooklyn-based label Drawing Room Records.