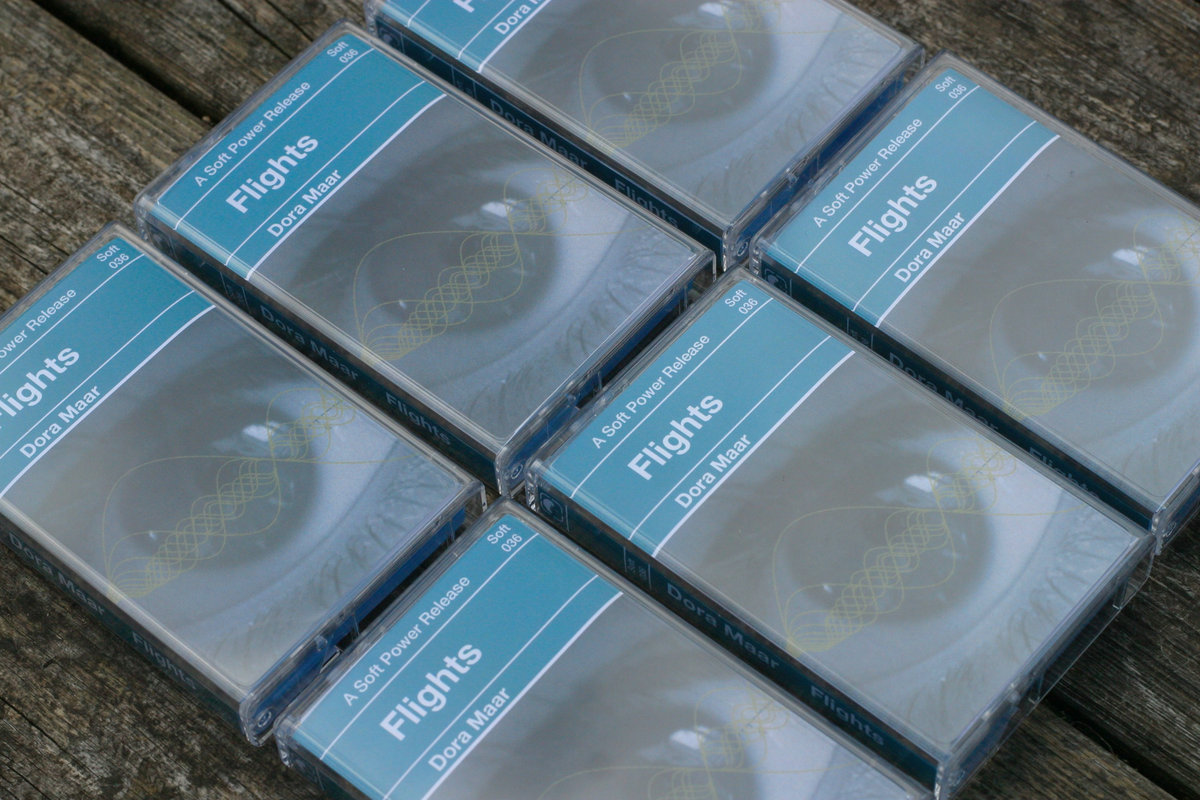 The music of this four-song limited edition cassette from Edinburgh's Dora Maar is fantastic -- rampant bass lines with jangling guitar accents and louche baritone talk-sing vocals.  The style recalls the best of Postcard Records, The Monochrome Set and Vic Godard.  We give it our highest recommendation, and you should want to own it.  You probably cannot, however.  You see, like most Soft Power Records releases, Flights EP sold out in pre-sale.  In fact, it sold out so early in pre-sale that I didn't even have time to tell our readers about it.  Sadly, the reason for the incredible demand, in addition to the quality of the songs, is that it is the last release from Soft Power Records, which is closing its internet doors.  Of course, we all know that the music business is a tough place to survive, for musicians and labels, so the demise of a small label isn't shocking.  But this one hurts because the lovely folks at Soft Power Records (and yes, dealing with them always was a pleasure) had great taste and a near supernatural ability to find emerging artists possessed of talent that demanded a wider audience.

However, endings and beginnings go together, and at least you can mark down Dora Maar as a band to watch for the future.  Named for an early 20th century photographer, poet, left wing activist and founding member of the Surrealists, Dora Maar consists of Andrew R. Hill, Andrew Scott, Daniel Markey, Erika Sella, and Grant Munro.  If you are lucky enough to live near a show, the band may still have some copies.  And perhaps some or all the songs will get new life on another recording.

And we strongly urge you to visit the Soft Power Records' Bandcamp link at the bottom of the post and help them out by reducing any remaining stock.  Quite simply, their catalog is wonderful.

I've got a couple of copies of the tape (plus dl code) for sale on my Bandcamp - just search for Ski Pie Rage - and the band will be putting more online soon.