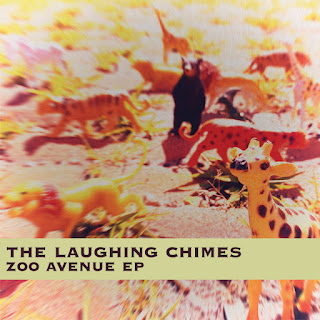 Every year a number of bands surface with a jangling sound that earns our ears, as well as a place in the lineup with those jangle poppers who preceded them. But occasionally a new band will carve their way to the center of the genre, sounding like they have always been there and now are being imitated by others. Southeast Ohio's The Laughing Chimes may be such a band. The project begun by teenage siblings Evan and Quinn Seurkamp has released their debut EP Zoo Avenue which is one of the stronger opening statements we have heard from any band lately. It is no wonder that the brain trust at Slumberland Records signed them. Sunny, chiming optimism for a gloomy fall -- you really shouldn't miss these guys.

Zoo Avenue is out now in digital and cassette formats.