"Once A Bombshell" by Northern Portrait 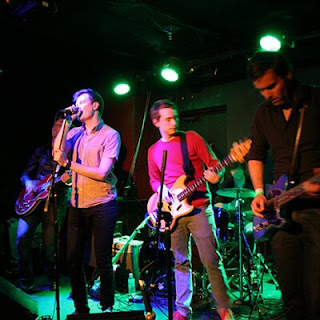 Last fall we had a new single titled "At Attention" from Danish band Northern Portrait (link). After a long wait, we now have "Once A Bomshell", which is the second single from the upcoming album The Swiss Army. Unlike the racing jangle of "At Attention", this new song hits a mid-tempo groove for a somewhat moody tale of the fading glory of a former bombshell. Our conclusion is that Northern Portrait have lost none of the mastery of the art of a pop song.

The Swiss Army will be out August 5 in vinyl, CD and digital formats via Matinee Recordings.

Matinée Recordings · Northern Portrait - Once Upon A Bombshell