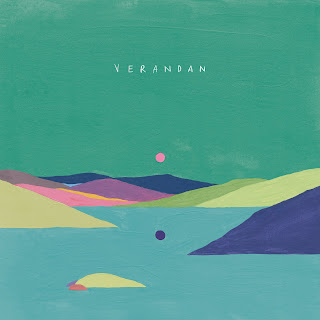 More joy from the Nordic region! Tomorrow Ville Hopponen's Verandan project will release their new single "Hideaway". The theme is wrestling with the tensions between being safe in dangerous times and the potential fruitlessness of doing so in an uncertain world. However, the melody is very upbeat and the arrangement a shimmering delight.

"Hideaway" is out as a digital single via Helsinki's Soliti Music. The song also will be released on a 7" by US label Cloudberry, paired with the previous Verandan digital release "Pink Clouds" (our feature here). Verandan are Ville Hopponen, Kaarlo Stauffer, Sampo Seppanen, Aleksi Peltonen, and Aki Pohjankyro. Saxophone was contributed by Jussi Hurskainen.