REVIEW: Belle and Sebastian - Girls In Peacetime Want To Dance 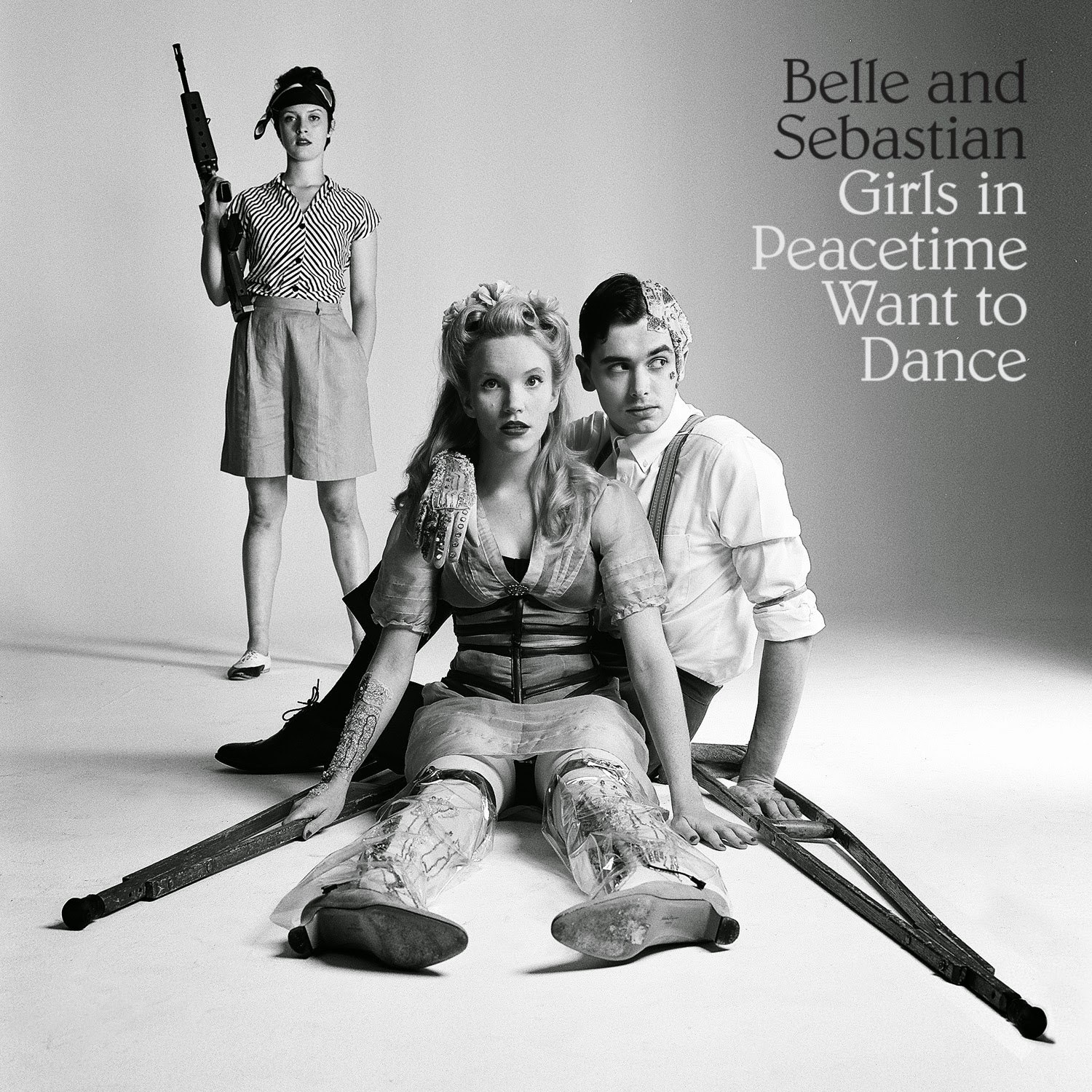 Over their two decades as a band Scots Belle and Sebastian have earned iconic status in the indie pop world.  Including the new Girls In Peacetime Want To Dance they have released nine albums -- all but one for Matador Records.  Dedicated fans eagerly anticipate and buy each album as they drop, and I think they hang on to them because you rarely find them in the used bin at the record store (you do remember record stores, don't you?).  I suppose a cynic might find that annoying, but I happen to think that Belle and Sebastian have created a large and enviable number of truly memorable songs, have earned every single fan and deserve to have a lot more.  What may be less often considered than their status as indie darlings, however, is that they are pop tunesmiths of the finest order.  The care put into song structure, crafting melodies and placing hooks reminds me of the '60s when record labels and producers insisted that songwriting be left to the pros (playing instruments in the recording studios often was left to the pros as well) and the good looking boys and girls would then play it on stage to sell the records.  So while not the primary purpose of this post, I suppose I am advancing as a minor thesis that the world would be better off if for all these years Stuart Murdoch had been writing songs for other artists in addition to his own band.  It might not have achieved world peace, but folks would be happier in the foxholes.

What Girls In Peacetime Want To Dance proves is that Stuart and company are still at the top of the game.  Moreover, and perhaps fittingly given the reference to dancing in the title, they are not standing in the same place.  While the album includes achingly beautiful pop songs that are the hallmark of B&S, such as "Nobody's Empire", "Allie", and "The Cat With The Cream", it also includes very well-crafted dance songs such as "The Party Line", "The Power of Three", and "Enter Sylvia Path".  In fact, the first and second of those dance numbers could fit comfortably with the best offerings from The Bee Gees' disco period (perhaps heresy on an indie blog, but the Saturday Night Fever Soundtrack was one of the top 25 albums of the '70s  -- there, I said it).   But the diversity of this album extends further.  "The Everlasting Muse" has an infectious Latin feel with a Klezmer chorus  -- perhaps it shouldn't work but in the hands of B&S you feel like standing and stomping around while clapping.  Other tracks bear the soaring glossy feel of Scandinavian pop or a touch of soul.  "Perfect Couples" ventures into funk.  This album deserves to be heard now, and it will continue to give pleasure for a long time.  It is broadly conceived, playful, professional and full of heart.