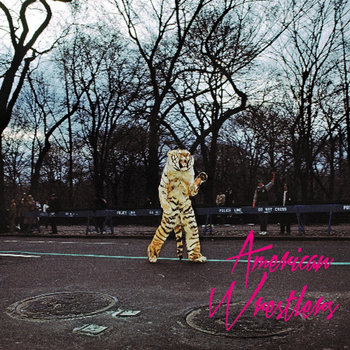 Some titles can't be taken at face value.  American Wrestlers may only be one one guy.  Whether he wrestles or not is unknown.  And while he resides in the American Midwest, he's from Glasgow.  But the only relevant point is the guy makes music that strikes a chord with us.  We featured one of his songs a few months ago (here), and we're back with "Kelly".  We're also back with the news that American Wrestlers will release its self-titled debut album on Fat Possum on April 27th.  I'm looking forward to this album a lot.