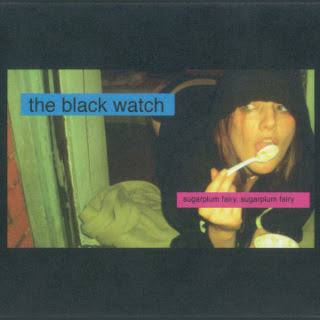 The Black Watch is a long-standing cult band founded by John Andrew Fredrick in the late '80s.  They have released a number of LPs with various line-ups.  The one constant is Fredrick -- singer, songwriter and, for Sugarplum Fairy, Sugarplum Fairy, the sole musician for all instruments other than drums.  I confess to being thoroughly impressed by the fact that after all of those years of flying under the radar and enduring membership changes, Fredrick still sounds fully engaged and vital.  His songwriting is varied and uniformly assured.  The lyrics are literate and clever, and the vocal delivery expressive and sincere.

The songs on the album are varied, with jaunty indie pop balanced with gentle near-lullabies and a few taut post-punk and shoegazy compositions.  The guitar tones are interesting and range from buzz and crunch to restrained acoustic strumming.  It is an album that deserves repeated listens, but more importantly, it rewards repeated listens.  Fredrick has a knack for simultaneously discussing relationships in a straightforward manner and displaying a cold-eyed self-awareness of the prospective dangers.  For example, in one of my favorite tracks, "Anne of Leaves", Fredrick notes that he has only talked to to his hoped-to-be-paramour for two drinks before he had to catch a plane, that he has a bright impression of her that he knows will not last, but he nevertheless will return to her side as soon as possible.  I don't know about you, but that could be a summary of a few dozen chapters in my life, just stated more cleverly.

Influences detected include The Beatles and The Soft Boys, but the result is so much more than the sum or its components.  It is a melodic, shimmering glimpse at the romantic corner of the human condition, and a pleasure to hear.