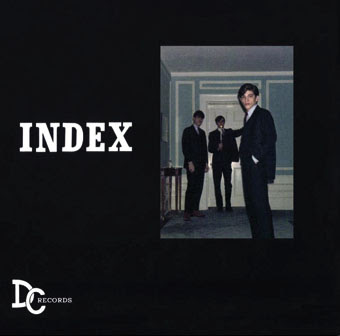 Partially reflecting my inherent personal preferences, and probably also reflecting the era in which I started listening to popular music, I've always been drawn to psychedelic and garage rock sounds. I wouldn't want an exclusive diet of that music any more than I'd want an exclusive diet of quality ale...[Sorry, I think this analogy is broken beyond repair and I'm going to shut it down now]. Anyway, for those who share such tastes, I recently learned that Lion Production has combined the two mid-60s LPs, and a disc of previously unreleased material, from Index. Index hailed from affluent, suburban Detroit (specifically, Grosse Point) and played a druggy, edgy, psychedelic/garage rock. They weren't really well known even in their day, but give the music a try. You might just question whether Ian Curtis listened to Index before or during his Joy Division days, but I don't think there is any doubt that Iggy was a fan. The name of the compilation is Black Album + Red Album + Yesterday & Today.

Index's work boasts feedback, fuzzy guitars, an upfront rhythm section, and psychedelic riffs. But the fans find the beginnings of punk in their music as well, and I can't say they're wrong.

Index members were guitarist Jim Valice, drummer John B. Ford and bassist Gary Francis. The songs recorded by Index include original compositions and covers by other groups. But even in the case of the covers, the band makes the song their own.

The band's original name was Chicken Every Sunday. Originally, they were a party band, but became more interested in pursuing the psychedelic space in 1967 after hearing Jimi Hendrix recordings.

Founded in the mid-60s, the band was done by the end of the decade.