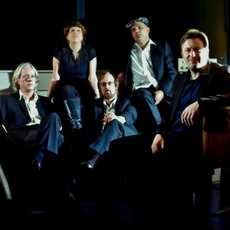 We've known for a long time that Willy Vlautin is a talented songwriter and novelist with a strong writer's voice. His band Richmond Fontaine has made a series of some of the best Americana records of the past two decades (especially Post To Wire, The Fitzgerald, and The High Country), while his books, including the recently published one, The Free, have garnered rave reviews, awards and attracted a legion of fans. In both mediums, Vlautin likes to examine people struggling on the fringes of American life, usually in desolate Western locations - with debts they can't pay, stuck in bad jobs and destructive relationships, while hanging out at cheap hotels, 3rd tier race tracks and seedy bars. But the hallmark of his work is how it exudes heart and a keen eye for the human spirit.

And for his new band The Delines, Vlautin wrote a batch of songs centered around sympathetic female protagonists, as has been a feature of his novels (one character from The Free, Pauline Hawkins, even took on a life of her own outside the book and became the subject of a song on English Oceans, the outstanding new CD by The Drive-By Truckers reviewed here). To give the women in these songs maximum first person resonance, Vlautin enlisted Amy Boone from Damnations TX. Her voice conveys a mix of beauty and pathos that truly brings these songs and characters to life. Her delivery of these songs, taut short stories really, makes your spirit soar and break at the same time.

One of my favorites here is "I Won't Slip Up", where a troubled young woman pleads with her friend to drive her to a bar: "Hey Ray, could you gimme a ride into town...Hey Ray, I won't tell anyone... I'll be better this time around." Vlautin economical writing style defines the young woman so well -- "45 hours a week my boss double checks me / He counts the till in front of everyone before I leave." And Boone absolutely nails the vocal, hits you smack dab in the heart. The song, especially the chorus, has been lodged in my head for a week, to where I'm pulling for her, hoping she "won't slip up", but knowing deep down that she will, and perhaps as soon as tonight if Ray does in fact drop her off at Little Sam's so she can "just have a couple of drinks".  Give "I Won't Slip Up" a listen:

"I Won't Slip Up" is one of my favorite songs of 2014, but all 10 songs here are equally good, including the one cover, Randy Newman's "Sandman's Coming", perhaps the saddest lullaby ever written ("It's a great big dirty world, if they say it ain't, they're lying"), delivered here very starkly, just Boone's voice and the piano of Jenny Conlee-Drizos (The Decemberists).

The band here is just right for this wonderful blend of Memphis soul and Bakersfield country. In addition to the always tasteful Conlee-Drizos, there's terrific steel guitar throughout by Tucker Jackson (The Minus 5), while the rhythm section of drummer Sean Oldham (a holdover from Richmond Fontaine) and bass player Freddy Trujillo (artist in his own right and member of Fernando) play sparingly but with muscle putting definition on the tough reality of the songs.

"The Oil Rigs at Night" is another standout, so good Jimmy Webb could have written it, writing with great sympathy about a woman preparing to leave her husband:

And the sort of title track "Colfax Avenue" may be the biggest heartbreaker of them all.  The woman is awoken in the middle of the night with a phone call that sends her searching up and down a Denver street for a former solider home from the war and in a real bad place. This version was filmed last week at a live show in Ireland -- listen to Boone's delivery of the line :"My husband's worn out, my kids are scared. But he's my little brother and he's out there somewhere": Boone's beautiful voice and impeccable phrasing just elevates these songs. You believe her. You lean in to hear her. You let her take you away into the story and its people and places. This kind of seemingly effortless singing is so hard to accomplish. She makes it looks easy, but Dusty Springfield and Pasty Cline certainly would have told you it's not. And Vlautin gives Boone such rich characters that she can dive into. The relationships in these songs may be at dead end, but this musical marriage soars. Colfax is easily one of 2014's best CDs. I cannot recommend it highly enough. Do yourself a favor and pick it up today. See them live in England during the next 2 weeks, or in Vlautin's hometown of Portland soon, other dates to follow I assume. June 9 ::   Rough Trade East, London June 10 :: The Lexington, London June 11 :: Railway, Winchester June 12 :: St. Bonaventures, Bristol June 13 :: The Maze, Nottingham June 14 :: Art Bar (Bullingdon), Oxford June 15 :: The Greystones, Sheffield June 17 :: Hare and Hounds, Birmingham June 18 :: Night and Day Cafe, Manchester June 19 :: Brudnell Social Club, Leeds June 20 :: Oran Mor, Glasgow June 21 :: Jumpin Hot Jamboree, Easington Colliery, Newcastle June 22 :: Palmeria, Brighton June 25::  Portland, Oregon. Mississippi Studios Release Party Stream the full record and purchase here: http://thedelines.bandcamp.com/ The Delines web page Facebook /The Delines
Posted by Jim Desmond at 6/09/2014