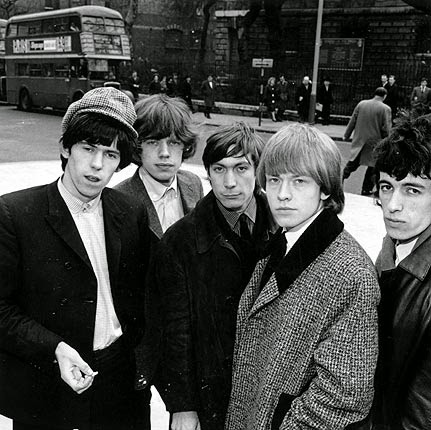 I've been sifting through a lot of early footage of The Stones this week, looking for something exciting and interesting.

In 1964, The Stones were still mainly a cover band. And among their many heroes, at the top of the long list, was Chuck Berry. Here's The Rolling Stones in one of their first American TV appearances performing "Carol" on the Mike Douglas Show:

There's just a whole lot to like there - Keith singing along, Mick's cool, Charlie's tie, the strange Mike Douglas introduction and reaction of the other guests next to Douglas.

"Carol" became the backdrop of one of the most riveting scenes in rock documentary history when Keith Richards came face to face with his boyhood hero Chuck Berry in Hail! Hail! Rock 'n' Roll, the 1987 film by Taylor Hackford. If you've not seen this, it is essential viewing: