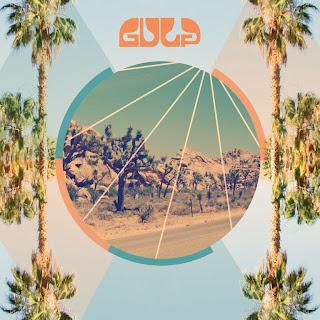 Gulp is vocalist/multi-instrumentalist Lindsey Leven, her husband Guto Pryce (a founding member of Super Furry Animals), and Gid Goundrey (guitars) and Gwion Llewelyn (drums/vocals). They are close to releasing an album, Season Sun, and are sharing the advance track "Seasoned Sun":

There are all kinds of psychedelia, aren't there? There's the heavy guitar-based stuff based on Eastern music, but there's the kind that, while very poppy, is sort of untethered and relies on synths more than guitars. I'd say Gulp follows fairly close to the course tracked by SFA - synths and reverb, but adds in Leven's ethereal vocals. It's a delightful, airy sound.

Looking forward to hearing this album - it could be a significant part of the summer soundtrack, based on these two tracks. The album will be out in July on Everloving Records (same label that released that great Don Cavalli album last year).