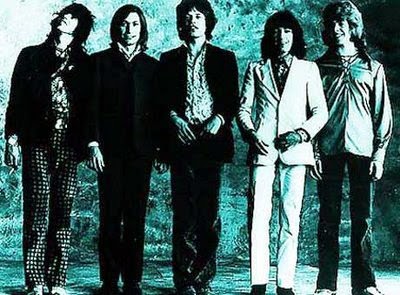 This every Friday feature started in 2011 with a weekly post called the Soul Corner featuring a classic soul song. This week we'll knit both the Soul Corner and Rolling Stones Friday together.

The Rolling Stones were as good of students of soul music as the rock world ever produced. But they weren't slaves to the genre and reinterpreted it, mixed in blues, rock and country and made it their own. And few songs demonstrated their magic touch better than "Loving Cup" recorded in Los Angeles in 1971-72 for Exile On Main Street.

"Loving Cup" is as good a country soul track as I can think of -- Keith Richards' chiming acoustic guitars and Nicky Hopkins' rocking piano carrying the melody, Charlie Watts turning it loose on the drums, while Mick Jagger's affected Southern drawl channels the influence of Gram Parsons, the band's friend and muse of the time. The track picks up steam and throws it into 5th gear for a rollicking finish accentuated by the horns of Bobby Keys and Jim Price.

Here's a terrific video of some 1972 live footage with the Stones playing over a partially recorded track (hints: Nicky Hopkins isn't there but his piano track is intact, while Mick Taylor who reportedly did not play on the recorded version is there):