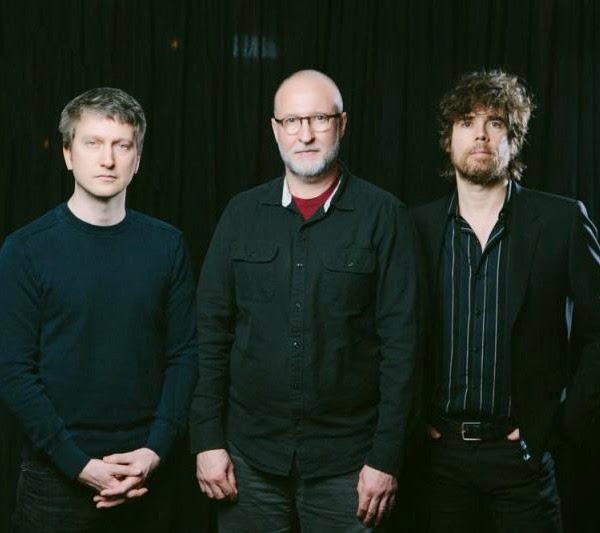 Bob Mould has nothing to prove to anyone at this point. His work with Husker Du and Sugar is some of the most vital rock'n'roll of the past 30 years. And never one to rest on his laurels, many of Mould's solo records over the past 20 years were highly experimental affairs that stretched the limits of rock, certainly challenged and at times even confounded his fans.

But as many of us do in middle age, we eventually come back to what we love and do best, which in Mould's case is remarkably catchy and aggressive power trio rock. With Silver Age from 2012 and now Beauty & Ruin, Mould has found a way to honor and further his rich history, while staying vital and fresh, mainly because the songs and musicianship are so damn strong.

Over the course of Mould's career so much has changed to the point of not being recognizable - record companies, alternative radio, marketing, "albums", video - but Mould seems to be saying, the hell with all that, I'm Bob Mould and this is what I like to do.

Mould plants his tongue in cheek and gives us the Bob Mould State of the Union with the video to one of the most irresistible songs here "I Don't Know You Anymore", opening with a hilarious cameo by Colin Meloy of The Decemberists, filmed here in Portland on Record Store Day at one of the nation's best independent record stores Music Millennium:

Let's hear one more, "Hey Mr. Gray":
Beauty & Ruin is 11 songs and 36 minutes of pure rock and roll heaven. The bliss of course being in your ear as Mould's music retains its angst-driven edge. But Mould's ability to link pain and beauty has always been at the heart of his art. He especially brings that home here in "Let The Beauty Be", one of many gems here. Mould's band is the perfect power trio, so adept at this music. Bassist Jason Narducy and drummer Jon Wurster (Superchunk) shine throughout. The playing is remarkably tight and strong, and Mould's guitar work truly fantastic.

You can buy and stream Beauty & Ruin in its entirely at Merge Records web page here.