"New Moon" and "Why Don't You Come Out Anymore?" by The Natvral 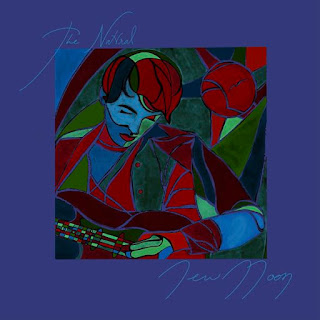 Fans of The Pains of Being Pure At Heart will be thrilled to know that Kip Berman -- songwriter and frontman for that band -- has a solo project called The Natvral (well, did you expect a straightforward name?). Its debut album, tilted Tethers, will be released on April 2 via Kanine Records. The album reflects Berman's new groundedness as a father in a young family, and the tension between the comforts of home and the desire to go out and participate in the broader world.
So far, The Natvral has released two singles from the album. The latest is the folky "New Moon", while the first, "Why Don't You Come Out Anymore?", demonstrates that Berman hasn't lost his knack for infectious guitar pop. Enjoy both below.