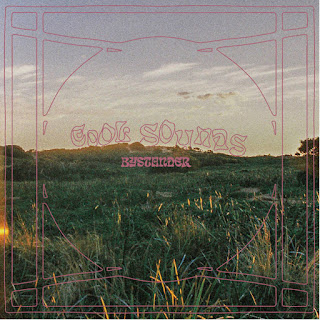 These days few records make us happier than a new record by Melbourne's Cool Sounds. Fortunately for our collective emotional state, the band is prolific. This week brings the new nine-track Bystander, and it effortlessly reaches the high standard we expected. Written on a summer tour in Europe and recorded upon return to Australia, the sound is a full pop/rock sound, fleshed out by six members. The arrangements channel the best of '70s soft rock with a touch of strutting, semi-funk rhythm and standout guitars. Whether expressing carefree joy, melancholy, or a bit of unease -- understandable these days -- the sound is warm and the vibe is sunglasses-and-convertible-too-cool-for-school. Overall, the lyrics are more direct than past recordings from this band -- Dainis has some things to say and he says them well. So come for the ambiance and atmosphere, and stay for the whole package. You'll be glad you did. After all, it is Cool Sounds!

Bystander is out now via Osborne Again Music and Spunk Records in Australia and New Zealand, and Nice Guys Records in the rest of the whole wide world. Cool Sounds are Dainis Lacey, Nick Kearton, Ambrin Hasnain, Steve Foulkes, Jack Nichols, and Pierce Morton. The band will be touring the Eastern Coast of Australia in the next couple of months.