"Loath to Leave" by The Gracious Losers 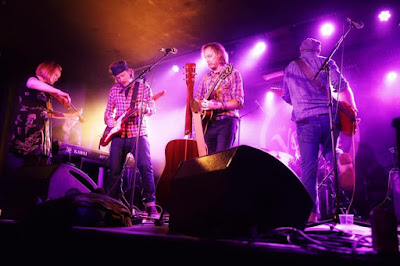 Today we introduce you to Scottish folk rock band called The Gracious Losers. In fact, they are a supergroup comprised of members of Sister John, Thrum, God Help the Girl, The Parsonage, Sporting Hero, and Berie Big Band. As you might expect, the assembly of that much talent from various spots in the musical spectrum results in a sound that reflects psychedelic, Americana, Celtic, folk, and pop. In fact, the introductory single, "Loath to Leave", falls into the moody, atmospheric pop category. We think is displays range, nuance and talent, and look forward to more from The Gracious Losers. And speaking of more, the band's full album Six Roads Ends is due in digital, CD and vinyl formats March 26 via Last Night From Glasgow.
Last Night From Glasgow · Loath To Leave