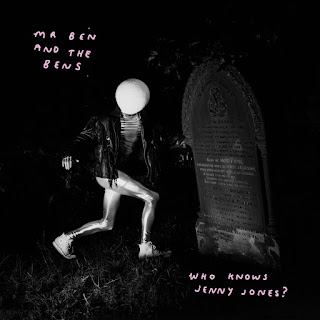 We know that a lot of you have been looking for an album based on the story of a shy young lady in the 1970s who is abducted by aliens and then becomes the best disco dancer in the universe. We worked tirelessly to choose a winner, rejecting some because the heroine was insufficiently she, some because the aliens seemed to be members of Trump's border patrol, trolling for aliens to deport, and some because we thought the disco dancing was below grade. At the end of our search, we have chosen Who Knows Jenny Jones?, by Mr Ben & The Bens. Mr Ben is Ben Hall, a Sheffield transplant (via Lancaster) who composed the songs and played all of the instruments (except drums) in the recording. The album seems to check all of the boxes at the top of the class (origins, dancing, aliens), but most  importantly, Mr Ben has crafted ten perfectly superb pop songs. Yes, they all hang together quite well within the core concept, but these songs stand alone as fine music even if not compiled together to tell the tale of the disco-dancer-to-be. The textures are just on the pop side of baroque, and the hooks are pure pop.  And our scorers gave bonus points to Ben's bass.

For live performances Ben is joined by drummer Zac Barfoot, Lauren Paige Dowling, and Tom Diffenthal. Who Knows Jenny Jones? is out now via Bingo Records. 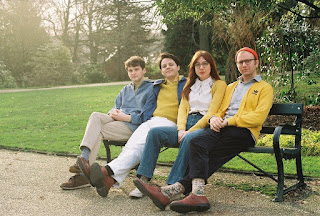