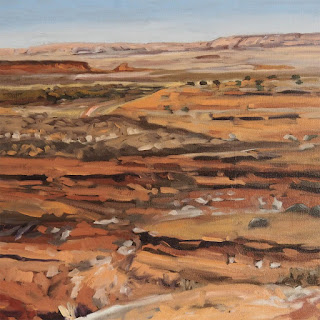 Northern Times marks the third time that Australian Mia Schoen and American Jen Turrell have collaborated as Possum Moods.  Veterans of numerous other projects, the duo are skilled songwriters and on this outing have provided 11 songs with quiet charm and fragility and resolve in equal measure.  But the star of the show is the vocal interplay of Mia and Jen, as well as the supporting cast of Harriet and Phoebe of Aussie band Olsen Twins and Jen's young daughter Myffy.  Jen's husband and co-boss of Emotional Response Records, Stewart Anderson, played the drums for the recording.  Breezy and big-hearted, this, quite simply is a very satisfying album

Three tracks are provided for your evaluation below, including the very fun video for album opener "Captain".  But we recommend you then go to Bandcamp and check out the whole album, including two of our favorites, "Home" and "Cuttlefish".

Northern Times is out now in vinyl and digital formats via Emotional Response Records.  Other projects in which either Mia or Jen have been involved include Sleepy Township, Huon, Cannanes, Boyracer, and Rabbit in Red.