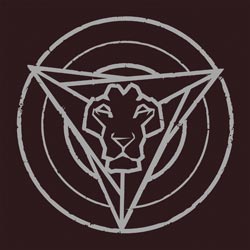 Jupiter Lion is a Valencia (Spain, not California)-based band playing some terrific driving music - in fact, this self-titled album is about the best driving record I've gotten in years. It's krautrock in the Kraftwerk and Neu! tradition, but it's a little heavier, calling to mind things like "Interstellar Overdrive".

The group consists of Sais (vocals, synthesizer and programming), Jose Guerrero (Bass guitar) and Gonzo In Vegas (drums). It was recorded with the help of Pablo Peiro, the bass player from Betunizer, another really good prog-rock band from Spain (we featured them on WYMA here). Gonzo's a hell of a drummer - he's got the "motorik" thing going very well here, getting into a groove that Klaus Dinger himself would be proud of. Check out the way the songs build from drum/bass, to add some drum fills, then Sais gets going on the synths. They're certainly not inventing a new style - what they are doing is playing this style very, very well.

Here's the video for "Silver Constellation":

There's a unifying approach to the record, but some variety in the ways the six longish songs are constructed. The quality is consistently good throughout. If you've got a taste for prog rock, kraut rock or really, any kind of instrumental rock, do yourself a favor and check this out. You can read more, or buy the record, at BCore Disc.