REVIEW: Chris Devotion and the Expectations - Break Out 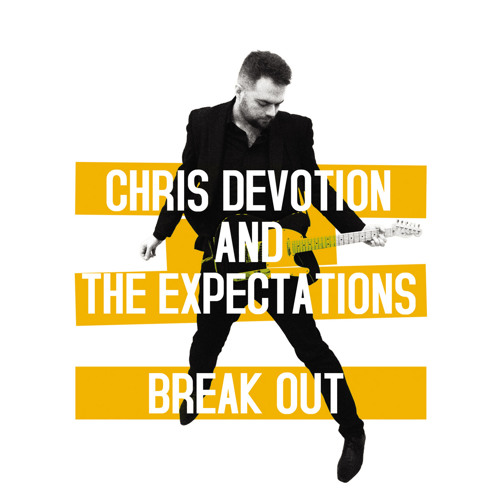 Glasgow's Chris Devotion and The Expectations are all about chunky, meaty power pop with soul vocal inflections.  They craft the soundtrack for meeting your mates to head out on a Saturday night, for driving between venues, and for the after-hours party in a mate's apartment or under the summer stars at the lake.  The themes are classic -- finding a girl, choosing a girl, losing a girl, girl losing you -- as are the sounds.  OK, a lot of it is directly or indirectly about sex, is that a surprise?  But don't use familiarity as an excuse to pass over this album.  This stuff is the heart of rock and roll, and it is delivered with the passion, assurance and swagger that the material demands.

Break Out consists of 11 tracks of concise rock explosion.  You'll likely hear descriptions of your past, current or future life in one of these nuggets, and you may well say "I wish I'd said that".  For example, compare how you described the arc of your last relationship to CD&EX's concise description in "Saddest Thing" of a relationship from beginning to dissolution:  "It started when we were ravers, out on a Saturday Night.  It ended in lawyers and papers and a cold goodbye."  See?  One line and we have a mental picture of the whole bloody affair.  But even when the subjects are downbeat, the songs never are anything less than exhilarating.  You aren't even offered a ballad until the final track, where you finally get to catch your breath.  Rarely is an album with this much muscle simultaneously so infectious.  Rare is good -- get the soundtrack for your summer, the script will follow later.

"Looking For Another Girl" --