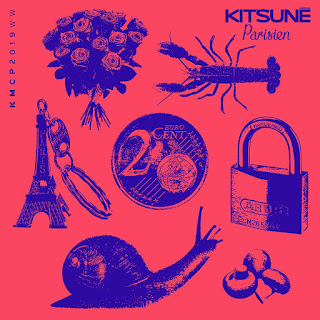 Ahhh ... springtime in Paris.  Except it isn't quite springtime, and we aren't in Paris.  We are, however, very much enjoying Kitsune Parisien, the fifth installment of up and coming French stars compiled by French-Japanese label Kitsune Musique.  The album consists of 14 vibrant and varied tracks that will keep us smiling up until spring and beyond.

Kitsune Parisien is out now as a digital release.  Take it for a test drive at the Soundcloud link -- you won't be disappointed.