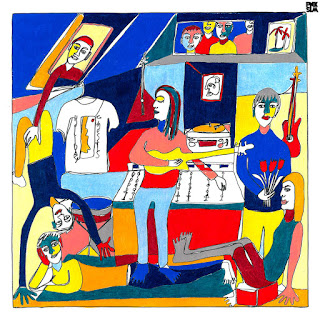 You know how TV series have a theme song that plays at the beginning (and often the end) of every weekly show?  Well, if WYMA were like a TV series, our 2019 theme album would be West Bay Playroom.  The sophomore LP by Falmouth, UK four-piece Holiday Ghosts often is the first album played in the morning and the last one played at night, and it may well get a work-out in between.  What makes it so special?  In our opinion, many things.  There is the loose, rootsy feel to the performances, the punk/garage attitude, the ramshackle and live-take vibe, the impressive variety of the arrangements (roots/country/blues/instrumental/rock), and the multiple perspectives from the several songwriters and performers.  But perhaps most endearing is the joy of making music that radiates from every track.  And with a generous 14 tracks, this is a set of songs that provides true, long-play satisfaction.

This year we are going to list our favorite albums of every calendar quarter as a way of helping the reader get a sense of what we've liked the most of the current releases, and to spur us to actually get back into producing a year-end list.  Please be advised that West Bay Playroom will be on the list for the first quarter.  Listen to it.  Buy it.  Play it. 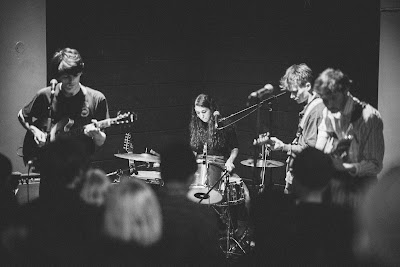