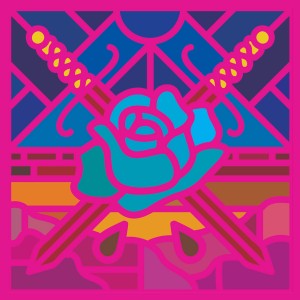 Swedish pop savant Tobias Isaksson has been working as Azure Blue this decade, crafting warm, accessible synth pop that covers the spectrum from lush romanticism to New Order style pulse-racers.  Two months ago we featured his Whatever '18 EP, but the prolific Swede is back already with a full album of new material titled Fast Falls the Eventide.  With a generous 11 songs, the album delivers the brand of upbeat synth pop, with Tobias' creative flourishes and careful craftsmanship, that will brighten the beginning of anyone's summer.  This is music that is vital and bristling with energy.  In addition to "Whatever '18", standout tracks include "Crimson Red", "My Final Candle", and "Don't Turn On Me".  Fast Falls the Eventide is an instant synth pop classic -- don't miss it.

Tobias Isaksson wrote all the songs and performed on all tracks.  Additional contributions were from Julia Boman, Tim Johnsson, The Land Below, Peter Moren, Paola, Tangela, and Cesar Vidal.  Fast Falls the Eventide is out now via Matinee Recordings.