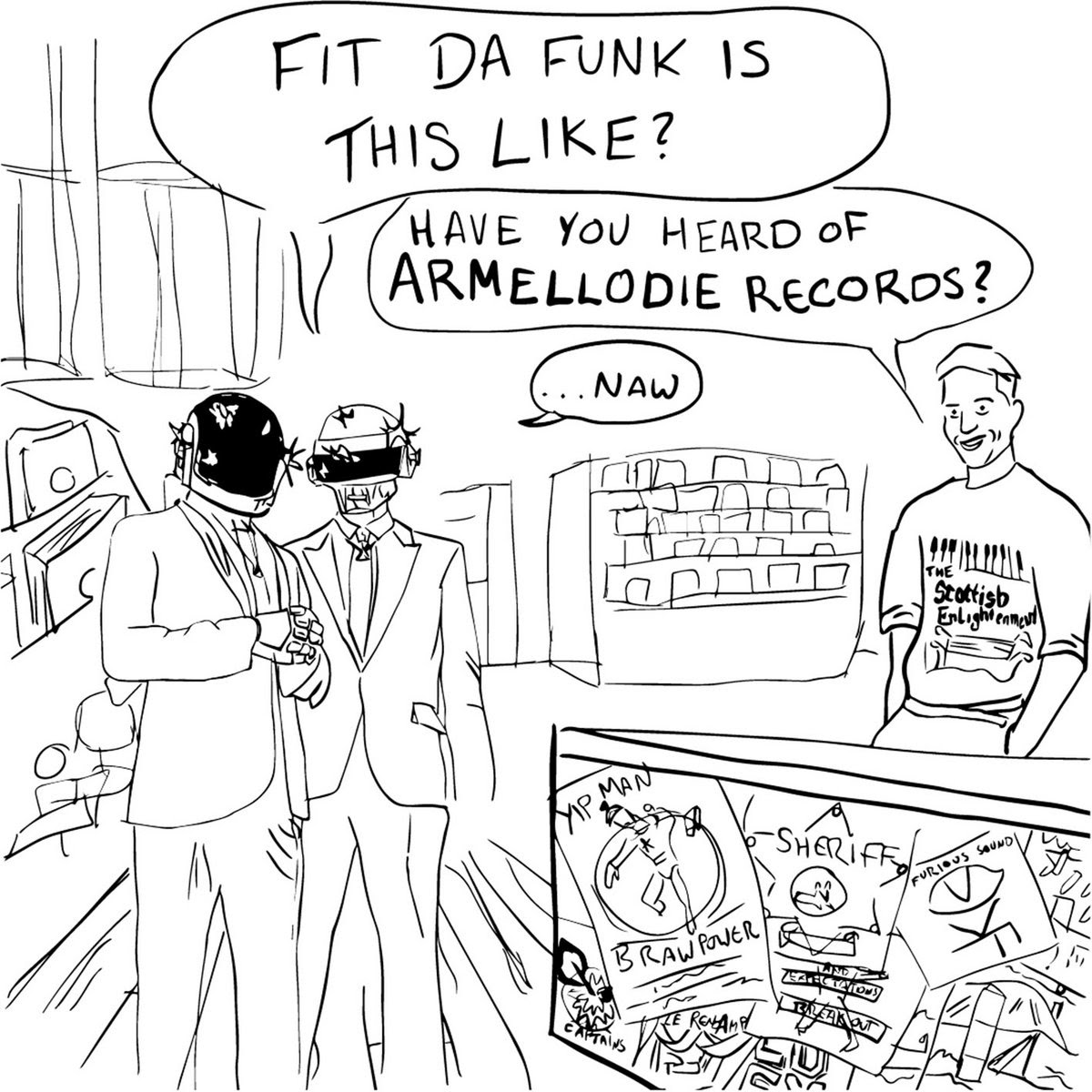 Glasgow's Armellodie Records isn't an outfit to sit around and wait for others to start a celebration for them.  So as they reach the tenth anniversary of their founding, they have released a celebratory album titled Armellodie is 10.  It is a robust offering of 20 songs, commencing with the glammy indie rock of Yip Man's "Barnburner" (of course you'd want to start with a barnburner of a song) and the loose, slightly off kilter pop of Super Adventure Club, and the more polished pop of The Pure Conjecture and Appletop.  The variety is breathtaking, the quality is satisfying.  Folk, math rock, punk, rock, and pop happily share space and help define the quality of the other tracks.  Of course you'll have favorites.  Ours include Yip Man's stomper, "Burning Land" by Appletop, the power pop "A Modest Refusal" by Chris Devotion and the Expectations, "Rope" by Kill The Captains, "A Life Worth Living" by Saint Max and the Fanatics, and the closing "Wound Up" by Le Reno Amps.  Explore it all below.  So much for Monday productivity ...

Armellodie is 10 is out now in digital and CD formats, and also is offered as a limited edition CD, T-shirt and tote package.