REVIEW: Blue Blood - This Is The Life 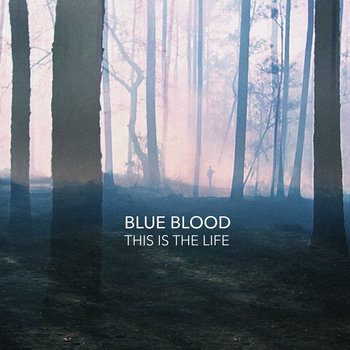 If spending a year as a fly fishing guide after your band breaks up reliably produced songs such as the eleven tracks on This Is The Life, then the strategy would be well known and the various species of North American trout would be on the endangered list.  So we'll guess that fly fishing isn't a muse for every musician, but it certainly has worked for Atlanta's Hunter Morris.  After Gift Horse ceased to exist, Morris took on fishing clients and worked on the songs that comprise this album, recorded under the name Blue Blood.  With a thematic focus on learning the lessons life teaches and a rhythmic, softly psychedelic sound merged with crunchy indie rock that suggests what Syd Barrett or John Lennon may have produced if they had been raised in the American south, the album is an absolute aural delight.

While as a songwriter Morris may have been looking inward, in the hands of the band the songs bloom into fully realized and richly layered pop songs.  Certainly, the band can make a righteous ruckus.  But even when the volume is appreciable, the songs remain detailed and melodic.  The title track is one of my favorite songs of the year, but "We Could Never Be Friends" and "Helping Hands" are among the tracks that close behind.  You can stream all of the songs at the Bandcamp link, and I suggest that spending some time with this album is well worth your time.

Although Blue Blood began as a solo project, Morris recruited Hank Sullivant of MGMT and Kuroma as and instrumentalist and producer.  The project was further fleshed out in the studio with J.J. Bower,Dave Spivey, and on one track, Walker Howle.  For live performances, Blue Blood is Morris, Nick Robbins, Dave Spivey, Noel Brown and Michael Gonzalez.

This Is The Life is out now on Atlanta label This Is American Music on viny, CD or as a digital download.  Source any of those at the Bandcamp or label links, or hit up your favorite digital distributor.