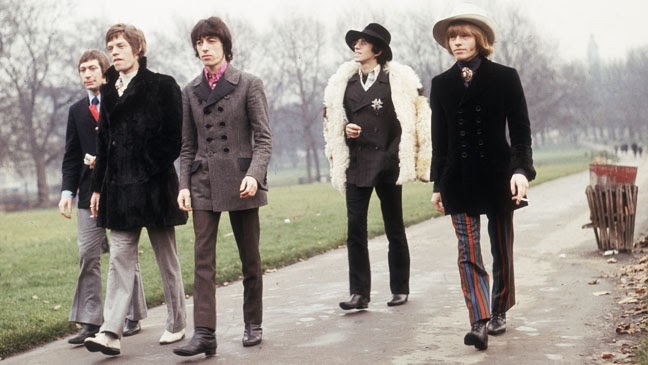 Lost in all the talk about Keith Richards' guitar heroics, open tunings, drug habits and lifestyle is the fact he's a very good songwriter. One of the first Rolling Stones songs that hooked me as a kid is "Ruby Tuesday", recorded in 1966, released in January 1967 when it quickly soared to #1 on the charts.

The lyrics and original melody were reportedly written by Richards, with help on the music later from Brian Jones. Richards' lyrics were about either a groupie or his girlfriend of the time Linda Keith. But hey, I was 10 year old and knew nothing about groupies, but was drawn to the terrific melody and overall sound of the song. I love how the chorus builds and gets repeated at the end. Brian Jones' piano sounds great too. In contrast to Richards' tough guy persona, there is something very warm and affectionate about the song both from its sound and lyrics.