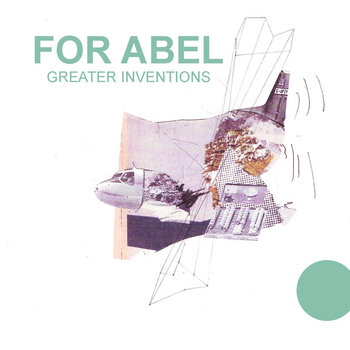 Here is a gem from 2011 that in my opinion didn't receive the attention it deserved.  The band is For Abel (although they once were known as Nacional), and the album is Greater Inventions.  Indie rock with folk rock stylings and plenty of passion -- political and otherwise.  The sound bears favorable resemblance to The Smiths, James, and The Wedding Present.  In other words, they are in that great tradition of Northern England post punk (but still somewhat punk) guitar band groove, of which I'm quite fond.  The members of For Abel are Robert Armstrong, Jonny McGiffen, Colin Healy, and Darron Foy.

The Band played SxSW once, and toured the UK several times.  I understand that they remain an active band, and intend to release an album in 2014 titled Wildebeest.  Greater Inventions is out on Glasgow's Flowers in the Dustbin label, and you can stream/buy it at the Bandcamp link at the bottom of the post.  Here are a few songs to stream, and a nice video for standout track "Yorkshire".