Sleuth - Out Of The Blue Period 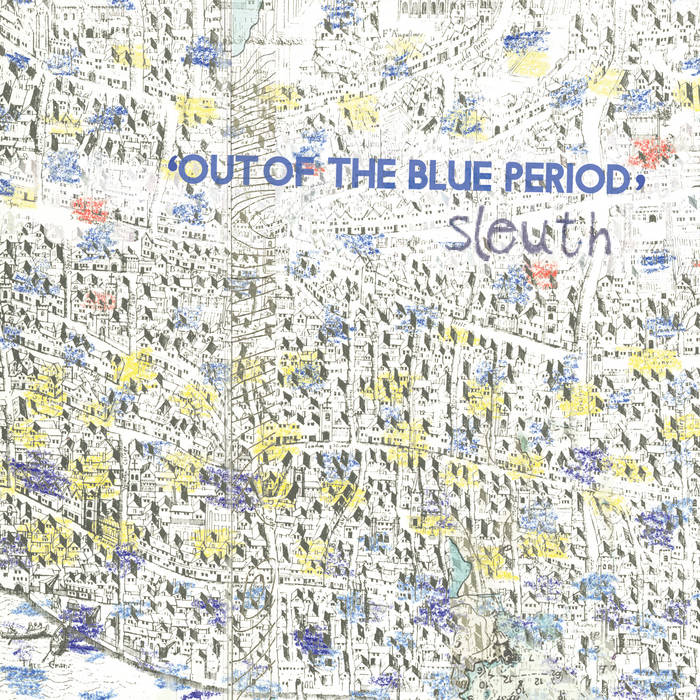 We are unabashed fans of pop music globalism.  In the past two weeks we've featured music from the US, Scotland, England, Denmark, Singapore, Australia, Ireland and New Zealand.  However, we feel that we haven't been fair to our close northern neighbors.  So today we feature Out Of The Blue Period from Vancouver, BC band Sleuth.  Quick descriptions of this album likely will reference "indie pop", "jangling", and "twee".  And glancing at the tags I've chosen for this post, I'm as guilty as anyone.  However, while all those terms generally apply, I think that there is a lot more going on here than what we normally would associate with those tags.  The arrangements are more varied and adventuresome.  And the lyrical content is a cut above most pop.  The result is an album that you will like the first time you play it, but chances are you'll like it more with successive listens as you tune in to the subtle details that make Sleuth such a good band.

As frequent readers know, I'm a big fan of jangle pop, and this album delivers a satisfying dose starting with the opening track, "Good On Ten Inside (I Don't Mind)".  Some of the brightest gems here, however, step beyond that genre.  I've provided a few tracks below, but I encourage you to hit the Bandcamp link and let Sleuth be the soundtrack for your evening.  And take the time to watch the video for "A Finely Tuned Machine".  Any band that can talk the local roller derby ladies into filming a music video gets extra points from me.


Sleuth is The Lion in Love, Julian Bowers, Oliver McTavish-Wisden, and Leon Easter.  I few years ago I think I tracked down a more official name for The Lion in Love when I featured an earlier release from the band, but I'm not going to do it again.  If he wants to be known as The Lion in Love, who am I to argue?  I'd only advise him to avoid dentists from Minnesota.

Out Of The Blue Period is available on vinyl, CD and digital formats from Jigsaw Records.