Death & Vanilla - Are You A Dreamer? 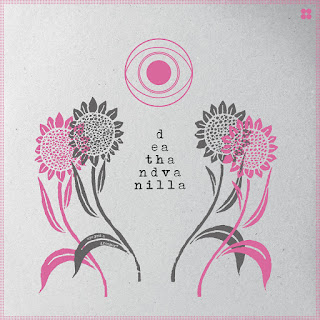 Sweden's Death and Vanilla are masters of lush, baroque, psychedelic electro pop.  They artfully craft music that manages to simultaneously be peaceful and melancholy while still sparkling.  And then there is that other quality from time to time -- the sense that you are listening to the music on a film soundtrack that lulls the viewer into a sense that all is well just before something frightening and dreadful happens.  Of course, the frightening and dreadful never comes on a Death and Vanilla album, but the sense that it could just adds depth to the listening experience.

The trio's new album, and their third overall, is Are You A Dreamer?, the star of the recording is the atmosphere.  Constructed of synths, guitar, bass and soft vocals, all meshed together seamlessly, this is music that envelopes the listener. The pace is unhurried, and the songs build and develop, at times in unexpected ways.  This is an album full of delights that will reward any listener.

Death and Vanilla are Marleen Nilsson, Magnus Bodin and Andres Hansson, with Mans Wikenmo on drums.  Are You a Dreamer? is out now in all formats via Fire Records.