"Hatchet" by I Was A King 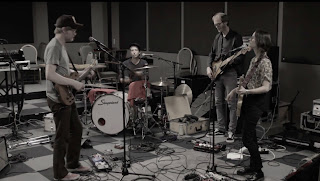 If you like guitar pop and power pop, you should be a fan of Norway's I Was A King.  If you aren't already, you'll have an excellent opportunity in a couple of weeks when they release their new album, Slow Century.  But you don't even need to wait that long to get started.  Here, for the start of your weekend, is "Hatchet", the second single from the upcoming album.  And you may be interested to know that the song was produced by Teenage Fanclub's Norman Blake and engineered by The Delgado's Paul Savage.