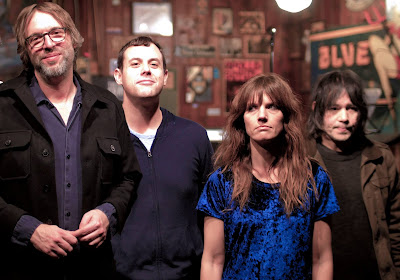 A good starting point for getting to know Loose Wing (assuming you missed our previous post about them) is their new single "Beverly".  It is a good starting point not just because it is an excellent song, superbly performed, and not just because it was released this week, although we admit that either of those reasons would be enough.  It also is a good starting point because "Beverly" is taken from the band's upcoming self-titled LP, which will be released on March 22.  Thematically, the song depicts a fictional marriage between a domineering husband and a repressed, self-medicating wife.  Musically, it is guitar pop bliss with a dose of strings to seal the deal.  The band is fronted by Claire Tucker, who also plays in Black Nite Crash.