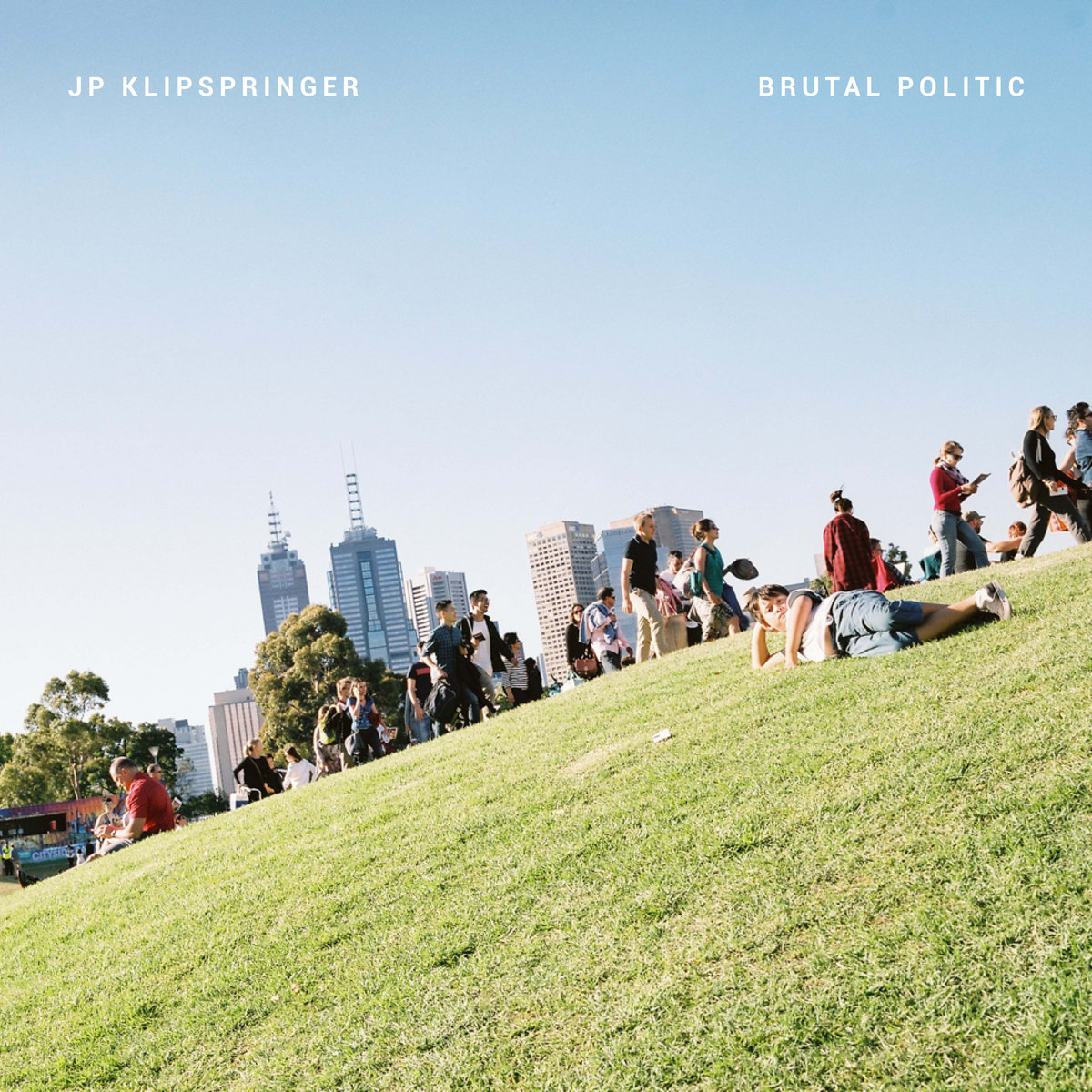 Unless you are from Australia, or recall a couple of relevant posts here in the recent past, the name JP Klipspringer may not mean anything to you.  A skeptic might even wonder whether WYMA has branched into other businesses via "JP Klipspringer's Patent Medicines".   The skeptic would be wrong.  But while nothing about Jack Poulson's Brutal Politic will clear up your indigestion, it may, if you play it for the right person, dramatically improve your love life.  And who among us wouldn't trade a bit of stomach ache for romance?  OK, Carl in Accounts Receivable, I'll grant you that, but Carl is a lost cause according to all of his ex-wives and his parole officer.

Poulson is a Melbourne singer songwriter with an incredible knack for melody, and a satchel full of stories that is remarkable for a guy who has lived fewer than thirty years.  He also has some talented friends that helped him record Brutal Politic over a period of time in 2015 and 2016.  Varying his approach between power pop, jangle, dream pop, acoustic, country romp and other styles, the songs are invariably dynamic but carefully crafted.  Paulson's tenor is soft, but his delivery derives power from nuance and sincerity.  He covers romantic break ups, transferred blame, appreciation of Portland, Oregon, unspoken accusations, bitter taunts, obsessive yearning, and realization that certain cherished dreams of youth are dead (in this case, Jack's dreams of playing Aussie Rules Football, addressed in "Back Pocket's Lament").  There isn't a weak song in the set, but for my ears the best are "Words For Me", "So Polite", "The Beast", "Can't Be", and "Back Pocket's Lament".

So do yourself a favor for this long holiday weekend, go to the Bandcamp link below and buy yourself a present.  It is a gift that will give you pleasure for a long time.  We highly recommend this one.