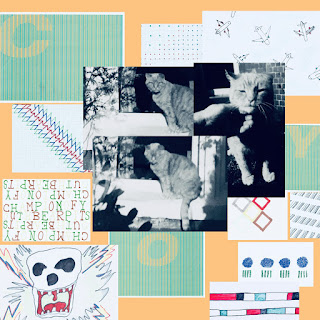 Some days we are racked with indecision. For example, is Champion of Youth a new band for us, or an old band?  In support of the former proposition, we haven't previously featured any music by the band. For the latter position, we note that we have featured music by Amida, a band whose membership apparently overlaps with the players in Champion of Youth. Fortunately, like all well-run institutions we have a procedure for addressing such dilemmas.  We gather together, drink a few beers, and then cop out.  In this case, the cop out is deciding that Champion of Youth is a 'new old band'.

With that heavy lifting our of the way, please welcome the new old band's self-titled mini-album to your ears. Are you stuck in a rut on a Tuesday with a crying need for pep? Do you need some pop hooks, rumbling riffs, humor, jangle, and energetic performances? These guys have you covered.  It is just the sort of thing you would want, and expect, from a live show.  And while you won't get a live show unless you go to Manchester, you can grab the music from Bandcamp right now.