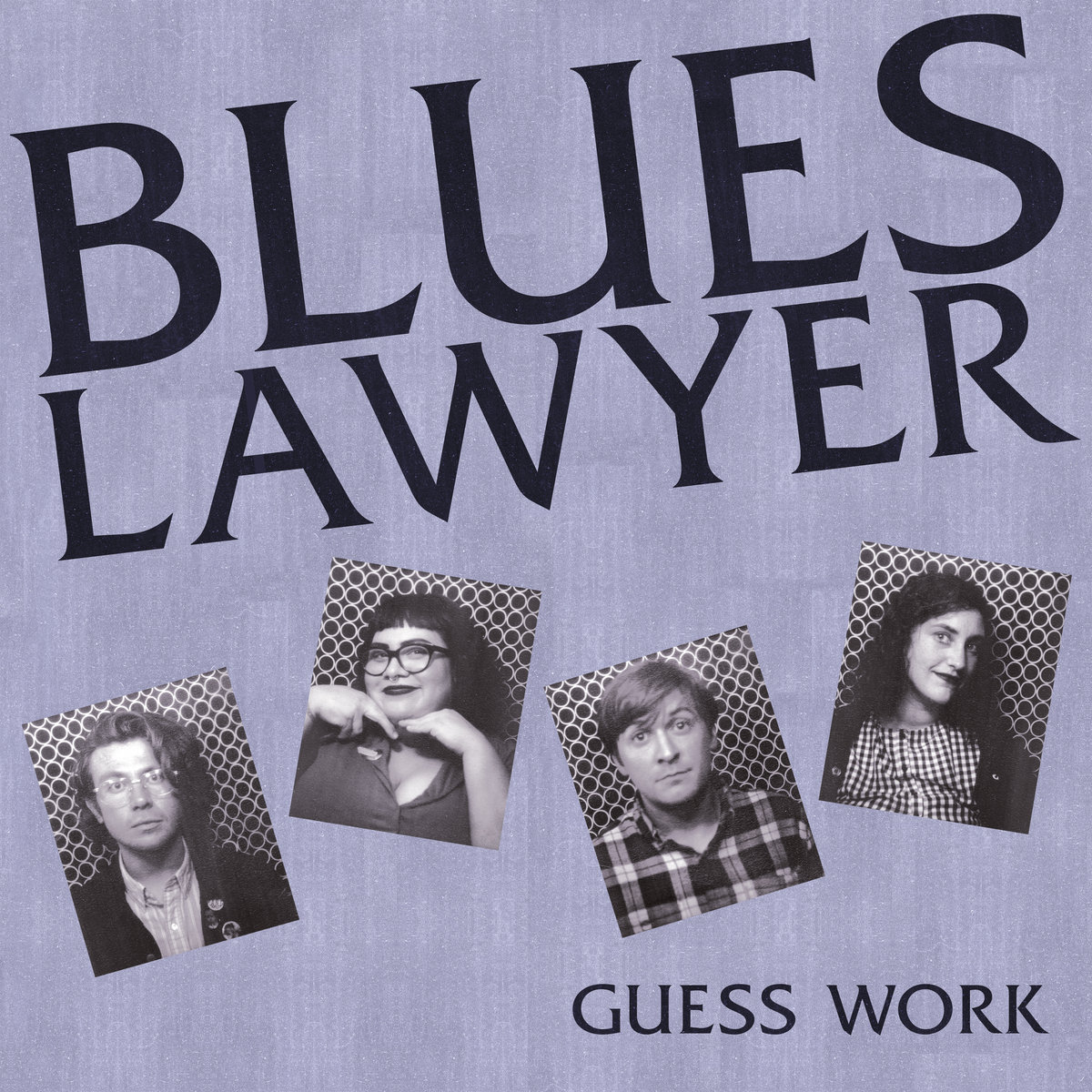 We can hear your protests already - "the world doesn't need any more damn lawyers!"  OK, even though several of us are, in fact, lawyers, we understand the sentiment.  We really do.  But this feature isn't about just any lawyer, this is about Blues Lawyer.  Unlike those of us that pretend to explain the law while keeping you in a sufficient state of confusion that you keep paying us in the hope that we might make sense at some point, Blues Lawyer's debut album, Guess Work, just gets on with the very direct business of playing crunchy power pop with enough grit to make you think that if they had a law office, it might be the back seat of an '89 Cadillac Eldorado parked in a not yet gentrified street in their home town of Oakland, California.  You won't require any further explanations from them and the only bill is $7 for digital, $18 for vinyl.  Mining romantic adventures, and misadventures, for your listening pleasure, this record is equally packed with riffs and laughs.

Blues Lawyer is Rob I. Miller, Elyse Schrock, Nic Russo (Dick Stusso), and Alejandra Alcala.
Guess Work is out now via Emotional Response Records.  Vacant Stare has a cassette version that might work for you if you have an '89 Eldorado.