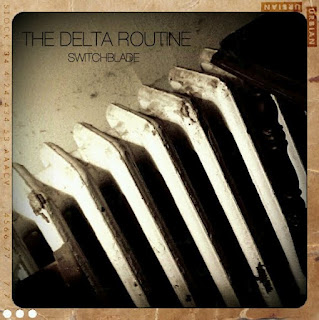 The album is Cigarettes and Caffeine Nightmares. From the album and song titles, you might guess it's down and dirty barroom blues/rock, and you'd be right. Looking forward to hearing the rest of the album.

To hold you over, here's an earlier incarnation of the band playing one of their previous songs: