Half Forward Line - The Back of Mass 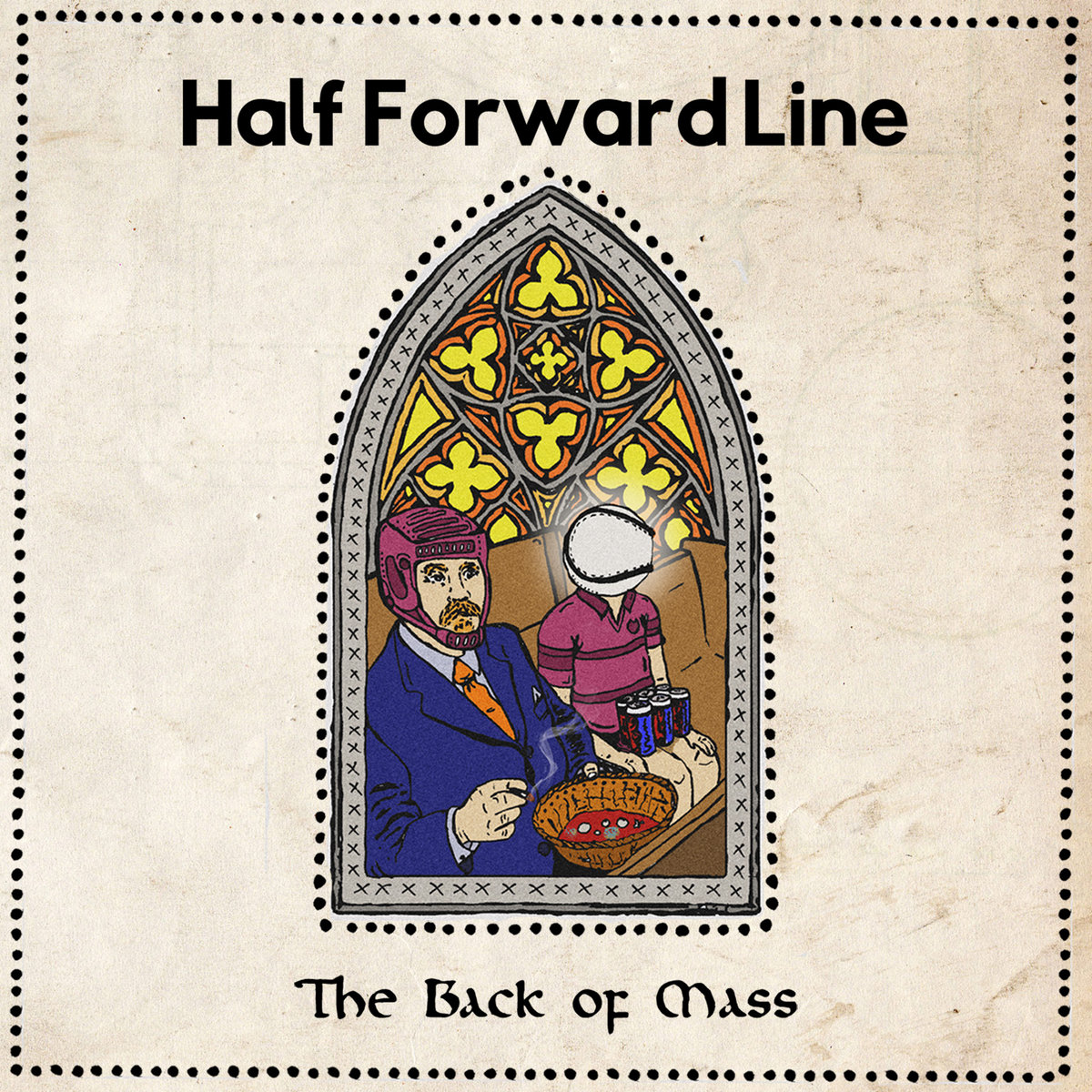 Our second offering today is from Irish band Half Forward Line.  The trio consists of the type of guys who can be found at the back of Mass on a Sunday morning, coming in late and noisily, leaving early and equally noisily, and perhaps either not singing or singing a bit too loud.  So quite appropriately their songs hit with a blast and don't stay too long.  But like the lovable lugs at the back of mass, the songs are charming and fun, and you can enjoy 12 of them on their debut album.  Oh, the title?  Quite appropriately, it is The Back of Mass.

If speedy power pop, poppy punk and buzzsaw pop is your thing, get out of your pew and head to The Back of Mass.  A change of perspective is a good thing, and so is this album.

Half Forward Line is Brian Kelly, Hiall Murphy, and Ciaran o Maolain.  The Back of Mass is out now in digital and CD formats.  North American fans can source through Jigsaw Records.  European fans can buy it in cassette form as well.