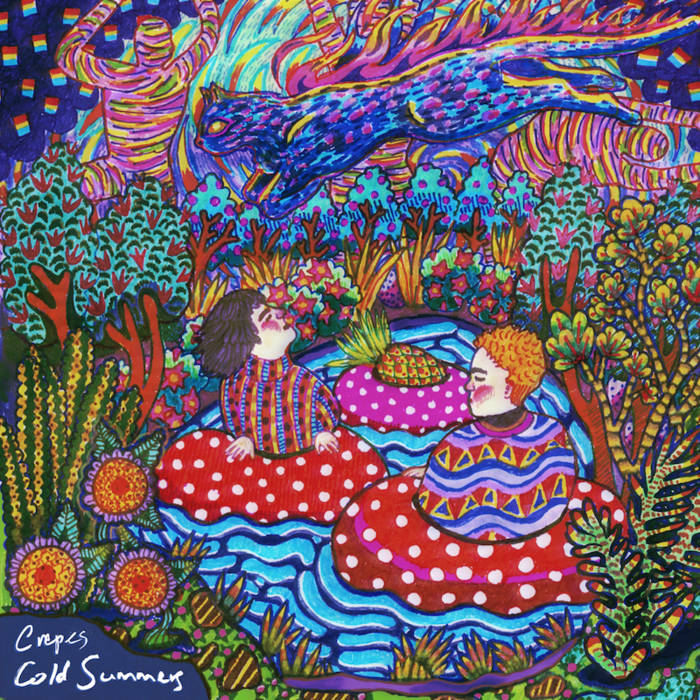 We featured a song by Melbourne's Crepes last year, but somehow managed to miss their release of the Cold Summers EP in the spring.  I'm quite sure we have an excuse.  In fact, we keep an entire file of excuses in the office.  I just can't remember which one I'm supposed to use this time.  Since the interns have all headed back to school, we'll just blame it on the interns.

But excuses aside, Cold Summers is a record you don't want to miss.  In fact, the shimmering, jangling title track would be worth the price even if the following four songs were filled with tuneless humming which, of course, they aren't.  Slacker guitar lines jangle away, but the rhythm section adds genuine muscle and the keys glue it together.  The vocals are excellent and the songwriting is too adept to be termed slacker pop.  This band has a bright future, so this is your chance to get in on the ground floor.

Cold Summers is out now via Deaf Ambitions.