REVIEW: Pale Lights - Before There Were Pictures 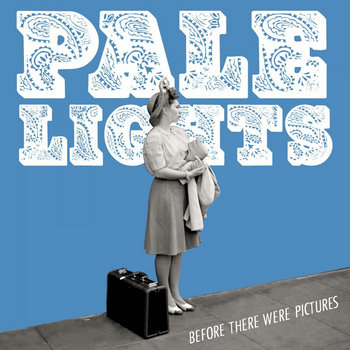 Before There Were Pictures is one of the best jangle pop albums of the year.  Yes, I wrote that about an album released in May to very little fanfare and, as near as I can tell, very little support from my fellow bloggers.  But after playing the album through four times after discovering it a few days ago, I don't think the opinion should be the least bit controversial.  On this album you can have a bit of Byrdsian California rock, a bit of the '80s New Zealand sound, some Rattlesnakes-era Lloyd Cole and the Commotions and Cattle and Cain-era Go-Betweens.  The product of Brooklyn's Pale Lights, which consists of Philip Sutton (guitar/vocals), formerly of Comet Gain and Soft City, Andrew Adler (lead guitar) of Crystal Stilts, Lisa Goldstein (drums/vocals) and Maria Pace (bass), it follows their fine May 2012 EP.  The jangle, rhythm, tones and vocals are all just what jangle pop fans dream of.  But you don't need to dream about it, you can have it for your very own.

Try a few my favorite tracks from the album below.  If you want to stream the entire album, you can do so at the Soundcloud or Bandcamp links.  Bandcamp also is your friend for the reasonably priced digital download.  A vinyl version also is available for those who collect such artifacts.