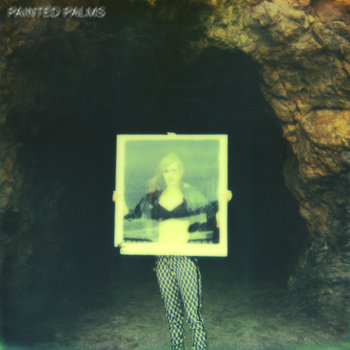 There was a time when Painted Palms members Reese Donahue and Chris Prodhomme were forced to exchange ideas and production online because one of them lived in New Orleans and the other in San Francisco.  However, now that the cousins both live in San Francisco, their work pattern remains the same.  Of course, that is merely background for listeners discovering them via their debut LP, Forever.  And as strange as the approach may appear, it really works for this duo.  The album if full of summery electro-pop tunes, with danceable rhythms and melodies that stick in your head like the best of old AM radio pop.  The mood varies between warmth and a certain icy quality prompted, at least in part, by the precise production.  And tracks such as "Soft Hammer" balance both qualities to good effect.

For me, the reason this album works is that Donahue and Prodhomme are able to meld together Beach Boys style vocals with some psychedelic haziness and bring it forward into a EDM world.  If you find your winter a bit dreary, this album should help focus your dreams of summer.

Forever is out now via Polyvinyl Records.