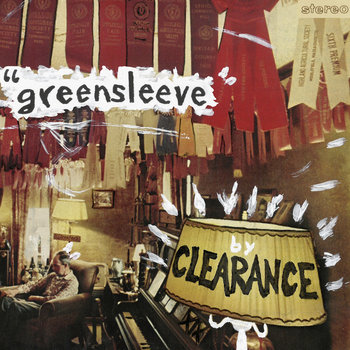 One of my favorite discoveries of 2013 was Chicago's Clearance.  The band obviously shares my appreciation for New Zealand guitar pop and lo-fi college rock; unlike me, they are talented enough to do something about it.  That something is, most recently, the five- track Greensleeve 7".  Released via their own Microluxe Records, Greensleeve is available digitally now, and the vinyl probably will be shipped next week.

With a running time of approximately 13 minutes, Greensleeve may not put many demands on your day, but I'll suggest that you won't want to play it just once.  The record begins with "Close Encounters", a jangling Pavement-like mid-tempo song, and follows it with "She's A Peach", which unleashes the guitar hounds to a greater extent.  The third track, "Drive-Out", will likely earn the most press of the set.  A fine, guitar-driven song, it reminds me of the glory days of The Clean.


Greensleeve closes with "Modern Luxe" and "Face the Frontier".  Both tracks have a relaxed vibe, with just the right amount of guitar noodling.


The riffs are snarling and crunching, the melodies are solid and the lyrics are fun.   Greensleeve is a good choice for a short release to chase away the winter blues.

Clearance is Mike Bellis and Arthur Velez.  I also highly recommend the band's earlier Dixie Motel Two-Step release, which we covered in 2013 (here).