"Nervous" by Matias Aguayo & The Desdemonas 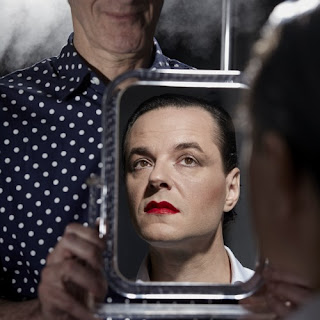 We've become quite enamored of Crammed Discs, the Belgian label that finds all manner if interesting, and not infrequently off-kilter, music that thrills us, and usually prompts us to start dancing.  One of their most recent additions is Matias Aguayo & The Desdemonas, formed by Berlin-based Chilean musician Matias Aguayo.  According to press reports the music is inspired by music Aguayo listened to as a teenager.  The band's debut LP for Crammed Discs, Sofarnopolis, will be out in October, but we have peek into the works with the throbbing psychedelic electro pop track "Nervous".  Supposedly it is about a nightly encounter with a girl floating in purple light.  While it may cause one to wonder just what Matias was listening to as a teenager, the song is a keeper.  Take a listen and decide whether it makes you nervous.

In addition to Aguayo (guitar and vocals), the band is Henning Specht (keys), Gregorio Gomez (guitar), and Matteo Scrimali (drums)