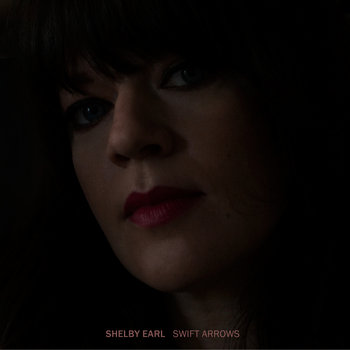 I am neither a female nor a vocalist.  However, I suspect that if I were a female vocalist I would have great trepidation about preceding or following Seattle singer-songwriter Shelby Earl on stage.  Don't misunderstand me -- I'm certain that Shelby is a kind, generous soul.  It's just that her voice is an exceptional, almost flamboyant musical instrument that makes comparisons to others harsh.  Her voice soars, quavers, whispers, pleads, and admonishes, and the listener can always be sure that each pause, change of pace or volume, and flash of emotion is exactly what the song demands at that particular moment.  It seems to me that Shelby Earl doesn't sing songs so much as paint stories.

The latest vehicle for her vocal abilities and the songs she writes is her sophomore LP, Swift Arrows.  For the album she enlisted the production assistance of fellow Seattle musician Damien Jurado, who helps Earl get the most of her signature brew of Americana and pop.  The songs seem grounded in a '60s retro ethic, when east coast Brill Building songcraft and girl groups were transitioning to more independent singer songwriter efforts.  And Jurado captures the best of both worlds, with enough Phil Spector background to give Earl's voice the platform it deserves, but enough space and restraint to let the best instrument of all pull our heartstrings out of shape.

A terrific example of the quality of this record is the title track, which is one of the better written songs I have had the privilege of hearing this year.  Here is a live version.

You can order the album at the Bandcamp link below.