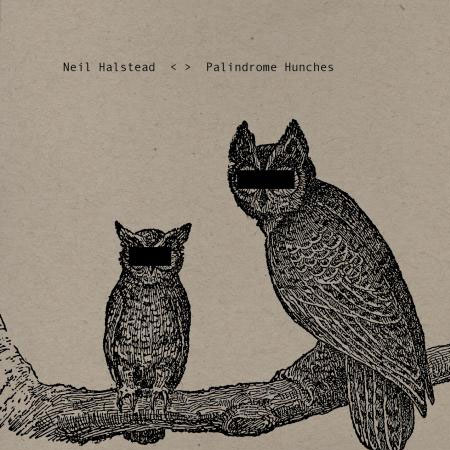 I expect that Neil Halstead wants us to like his music, that he cares about whether we like his music.  But I also expect that he would make the music he makes even if we didn't like it.  And Neil is a guy with a lot of different things to say, musically.  In the '90s, barely 17, the surfer from Cornwall, UK formed beloved shoegazers Slowdive.  In the last decade, his vehicle was Americana/dream pop band Mojave 3.  And this month, he released Palindrome Hunches, his third solo album.  The songs are light in tone, although not necessarily thematically, and follow classic British and American folk traditions.  His supporting musicians are from the Band of Hope, including Ben Smith (violin), Drew Milloy (double bass), Paul Whitty (piano), and Tom Crook (guitar).  The album was produced by Nick Holton and released by Brushfire Records.

As with his previous solo work, Hastead's emphasis here is on songs, rather than sound.  Some of the songs are more lively than others, but all of them create an atmosphere that is perfect for reflection on an autumn evening.  You might reflect on what Neil sings, or you might drift off into your own thoughts. But in either case, you'll owe Halstead thanks for a good time.  Here is my current favorite track, the memorably named "Bad Drugs and Minor Chords" --

One effect of the arrangements featured on Palindrome Hunches is that Halstead's vocals become the primary focal point.  With such spare instrumentation, that suggests a risk.  But his rich, perfectly modulated tenor is more than up to the task.  Of course, it is purely a personal opinion, but I can't think of any other male vocalist that I would prefer in this musical setting.


We actually don't bring you a lot of quiet albums on this blog, so when we do, you'll know that we really like them.  I like Halstead.  I like this album and expect you might as well.