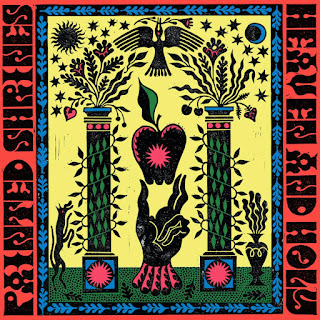 If indie pop fans were allowed to create bands from among their favorite songwriters and performers, we would't be surprised if one delectable combination would consist of Jeremy Earl of Woods and & Glenn Donaldson of Skygreen Leopards and The Reds, Pinks and Purples. We are happy to report that you can cross that one off the "wish list" and move it to the "completed" column. On March 5 Woodsist will release Heaven and Holy, a full album from the duo's Painted Shrines project. The first single is "Gone", and you can stream it below. Fans will not be disappointed.