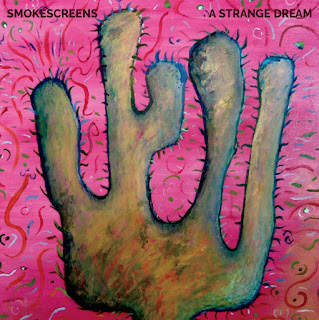 The origin story for Smokescreens is that the members bonded over an appreciation for New Zealand guitar bands. And as origin stories go, this one seems to us to hit the bullseye. The influence of The Clean, The Chills, The Bats and others is evident in their sound But leaving little to chance the band brought on David Kilgour of The Clean (and David Kilgour and the Heavy Eights and solo work) to produce and create the cover art. Of course, the world being a sharing place, the listener also will detect similarities with more recent guitar bands from Melbourne, Glasgow, Sweden and other locales as well. The songs on their new album, the eight-track A Strange Dream, have plenty of jangle in the guitars and an appealing mix of upbeat and more restrained songs. The songwriting is so good, and the performances so spot-on, that this is an album that sounds like a timeless classic right out of the box. Unless you were paying attention to the singles, you haven't heard these songs before. But your head and your heart will try to convince you that you have, and that they are among your favorites.

A Strange Dream is out now via Slumberland Records.

"Play (On My Mind)" by The Boys With The Perpetual Nervousness 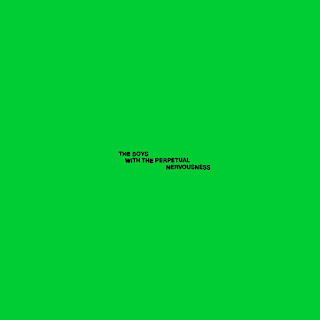 Probably most of you woke up this morning with one question in mind: When will be blessed with the second album by The Boys With The Perpetual Nervousness? Fortunately, we actually know the answer to that question. The album, which is titled Songs From Another Life, by the way, will be released on January 20, 2021, via Bobo Integral. And because you will want it, here is the wonderful "Play (On My Mind)", a sweet dose of perfect power pop that happens to be the first single from the album.

The Boys With The Perpetual Nervousness are Scottish/Spanish duo Andrew Taylor and Gonzalo Marcos.