REVIEW: The Steinbecks - Kick to Kick 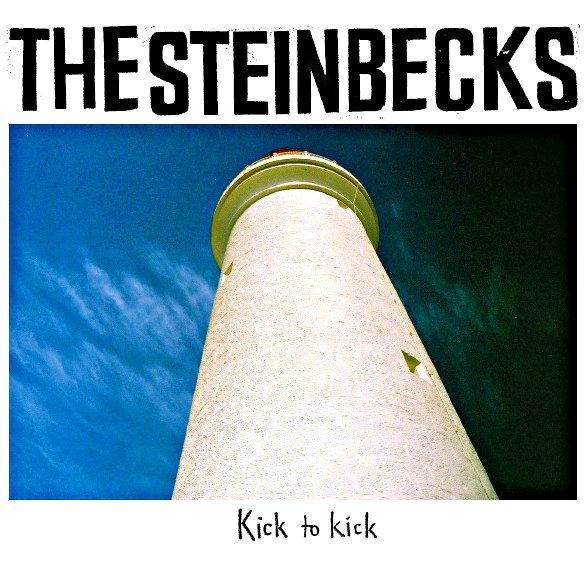 Josh and Joel Meadows have been treasured members of Australia's guitar pop scene for a few decades, first as The Sugargliders, and now at the central figures in The Steinbecks.  But despite the passage of time, their music still is fresh, full of youthful vigor and wide-eyed acceptance of the world.  As to be expected, there is some nostalgia and a bit of regret here and there.  But these fellows aren't mopes.  However, more than anything else, the set of songs comprising The Steinbecks' new LP Kick to Kick convey the Meadows brothers' love for music (theirs and others), for telling a story set to chords and rhythms, for finding the right hook to sell the lyric, for a life's work crafting an art form to satisfy yourself and, if you are lucky, a bunch of other people as well.  And while the general style is not unexpected, there are some muscular riffs echoing alt-rock influences, as well as some psychedelic touches.  Time hasn't stood still and neither have The Steinbecks.

The album begins with "Homesickness", the somewhat unsettling lyrics offset by a bright guitar pop arrangement.  Next is "At Arkaroo Rock", which was featured on these pages last year.  The song compares the layers of the geological formation with the layers of a relationship.  Other standouts for me are the Dunedin-like "Blow the Limen", the jangling "Trying to be Someone", which boasts a robust bassline as well, and the title track, "Kick to Kick".  And then there is "I, Radio", which may be the most distinctive track on the album, musically and thematically.  Initially via spoken word, and then via singing, the narrator provides a paean to indie rock and the value of radio to the music experience.

Long-time fans probably need no more encouragement, but I urge new fans to experience the delights of The Steinbecks.  With Kick to Kick, they have made it easy to be loved.

Kick to Kick is available in the Americas and Europe via Matinee Recordings, and in Australia, Asia and Africa via Popboomerang Records.