No, this is not an infomercial aimed at home gardeners. This is about a newly discovered band called Tibetan Miracle Seeds.  They are from Scotland, and the members are Kieran Smith (drums), Lefty (tanpura/flute), and Jack McAfee (vocals/guitar/bass/didge), we don't know anything about them.  You can grab "Ideas" from Bandcamp, but it also is rewarding to wander on their Soundcloud page, which is where we found "Alone".  We also include a stream of "Mirage" from early 2018.  We certainly can't say these guys are rushing too fast in delivering an album, can we? 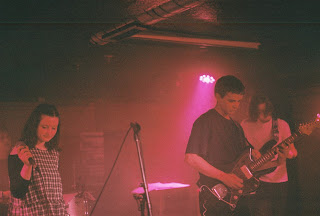 Katie Lynch and Mark Johnston, the Dundee, Scotland duo that calls themselves ST.MARTiiNS, is back with a breezy pop song about friends.  We think "My Girl" has just the right vibe to launch the final workday of the week.  Give it a spin below. 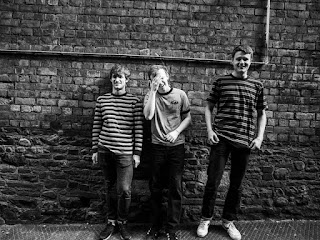 As long as our ears are tuned to Wales, we think you should know about the two songs by slacker pop aces Papur Wal.  Their two latest releases via the fine Welsh label Libertino Records are "O'n ni'n Ffrindia" and "When He's Gone".  Other factoids of possible interest are that the name of the band means wallpaper in Welsh, and the band is led by vocalist and guitarist Ianto Gruffydd.

"Throw It Up" by Seazoo

When our inbox recently displayed a message about a fresh new song by Seazoo, we thought the name of the band sounded familiar.  A search through our archives (a scary place, indeed) revealed a feature of previous track "Dig" (link). So we have concluded that (1) our memory banks still function, and (2) after playing "Throw It Up", we remain impressed by this band from Wales (or "Whales", as some reality TV characters would have it).  Seazoo's sweet spot is a noisy brand of guitar pop that falls between Gorky's Zygotic Mynci and Pavement, and we think you will like it.  And if you do like it, check out their 2018 album Trunks at the final link in this post. 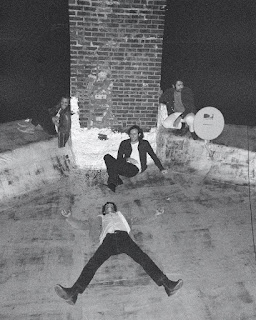 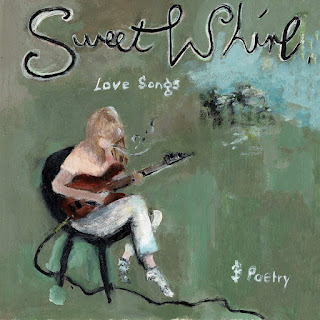 Sweet Whirl is the musical platform for Melbourne musician Esther Edquist.  After a couple of releases on the Bedroom Suck with her former band Superstar (which we featured in 2015: link), Esther has marked her signing with Chapter Music by releasing a six-song EP titled Love Songs & Poetry.  The songs are introspective and incisive, written with intelligence and played with confidence.  The arrangements are pleasingly melodic and leave ample space for Esther's vocals and bass to star.  Love Songs & Poetry is a perfect play for the evening of a summer day.  And it is just what we are playing every night this week.


Facebook
Chapter Music page for Sweet Whirl
Posted by Rocksteady74 (Scott) at 8/13/2019 No comments: Links to this post 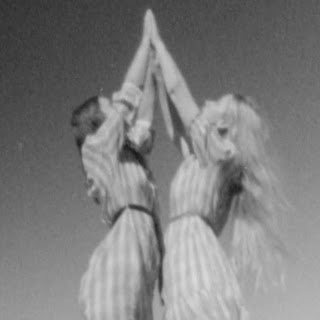 As Purple Pilgrims, Valentine and Clementine Nixon have crafted Perfumed Earth -- a lush, enthralling dreamscape of electronic folk and dream pop adorned with their crystalline soprano vocals.  Recorded in a shed in the New Zealand woods, the tracks conjure thoughts of Gothic spells and twisted tales with a nearly spiritual tone, all while pleasuring your ears with melodies and vocals that are as addictive as they are sweet.  The magic here is in the instrumental and vocal textures layered through the arrangements.  This album may be different than any other music to which you ordinarily listen, but we don't think you will be able to stop listening to it.  We certainly can't.  The standout tracks are plentiful, and we have provided a few below.  That said, we must admit a nostalgic fondness for the sisters' achingly sweet cover of "I'm Not Saying", one of our favorite Gordon Lightfoot songs.

Perfumed Earth was recorded with contributions by Gary War, Jimmy Mac, Joshua Kennedy, Jeff Henderson, Roy Montgomery, and perhaps others. It is out now via Flying Nun Records. 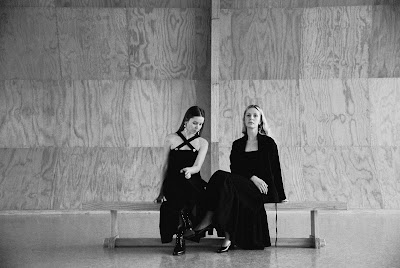