"Two States" and "See Through You" by Zebra Hunt

One of the most eagerly anticipated albums around WYMA headquarters this spring is Trade Desire by Seattle's Zebra Hunt.  The happy release day has not yet arrived, but we can share two album tracks to help you into your weekend.  This is going to be a very good album. 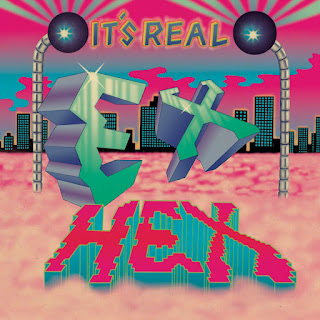 We have no reason to be coy here -- It's Real by D.C. power trio Ex Hex is one of the best pure rock and roll albums we have heard in years.  With a boatload of snarling riffs, power pop chords, massive drums, confident harmonies, sharp songwriting, and tight performances, it radiates a love of '80s alternative rock and reveals a band that is having so much fun that it might be illegal.  Certainly there were hints of this in the band's debut album Rips, and in Timony's brief post-Helium project Wild Flag (with Carrie Brownstein and Janet Weiss).    But in retrospect, Rips (which is a fine album) seems like the well-executed demo for the complete package that is It's Real.  This is music that is bright, visceral and completely uncontrived.  We are in love.

Ex Hex are Mary Timony, Betsy Wright, and Laura Harris.  It's Real is out now in vinyl, CD and digital formats via Merge Records. 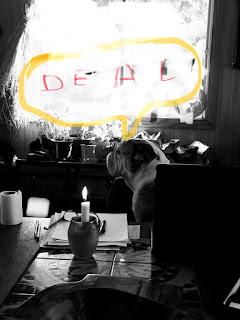 We have received a few messages asking us if we are on vacation.  The answer, regrettably, is "no".  Our failure to post is more due to the fact that end-of-season sales are here for winter sports, and taking advantage of such sales requires cash.  So we actually (shudder) have been working to be able to pay the credit card bills when they arrive.  And speaking of work and winter ...

Fortunately for Ian McKelvie and his bride, the man has a job.  Unfortunately, for the rest of us it means that we have to endure long waits for new music.  Recording and performing as the Colourful Band, Ian has impressed us greatly since we first encountered his music.  We just don't get enough of it.  However, he does create when he has the time -- and the tuneful Scot was ensconced in the frozen Canadian north woods this winter -- so we finally have a new album.

Ian is a man that can craft an engaging singalong our of nothing at all.  Do you doubt us?  Check out the closing track on his new album, Deal: "Song About Nothing".  See, we told you!  His channel is folk/folk rock, but his channel is appealingly wide.  Treat your ears to the '60s retro garage rocker "Stolen Police Car", the country-shaded "Country Blue Eyes", the gentle folk of "Adrenaline", the bouncy alternative pop of "Come On Everybody", the jangle pop of "Christmas Bells", or song with a hidden meaning, "Festival in 1995" (spoiler alert: Its about a festival in 1995).  This is a fine set of songs that will help make you happier, wealthier, and wiser (or at least two of the three, and that is more than enough for us).

On Deal, The Colourful Band is Ian (vocals/guitar), Sam Stevenson (bass/backing vocals), Richie McHugh (drums on all but one track), and Andrew Howden (drums on Christmas Bells).  Deal is out now as a digital download -- see the Bandcamp link. 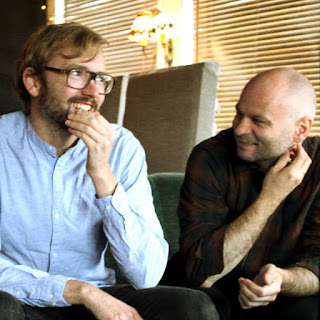 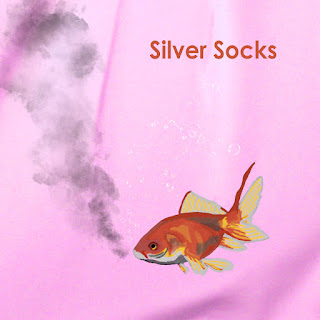 Today we bring you another single from Forbidden Items, the forthcoming debut album by Sweden's Cat Princess.  The song is "Silver Socks", a bright pop tune with a new wave sheen and a tempo that will put a bounce in your step for the rest of the day.

She Sir - Ways A Season 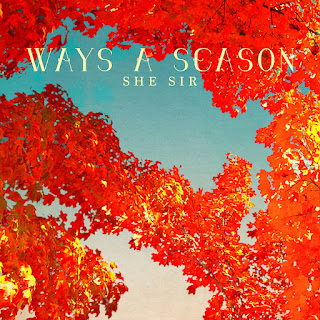 If your work week is starting like ours, you need a soundtrack that isn't too jarring.  May we suggest that you begin as we did, with the new EP from Austin, Texas band She Sir?  The six tracks of Ways A Season reveal a band creating a richly detailed shoegaze and dream pop evoking an alternative My Bloody Valentine that is more interested in pleasing and intriguing than shocking and bludgeoning. For us, this EP is the aural equivalent of sitting on a beach having warm waves gently surround you.  Give it a try!

Ways A Season is out now in digital and vinyl formats via Austin Town Hall Records.