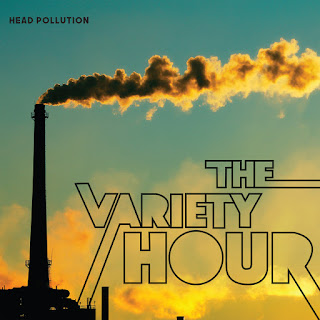 Robert Lomax (drums) and Rob Olsen (guitar/vocals) -- The Variety Hour -- have been making music together for a decade.  But as Tacoma, Washington is a bit off the beaten track for self-styled musical tastemakers, you may not have heard of them.  So what we suggest is that you let them audition for you.  They are asking for 22 minutes of your time, which is what it takes to hear the six songs on Head Pollution, their new album for hometown label Swoon Records.  What you will find is music of substance, overdriven guitars, big drums, and the kind of unapologetic alt rock that you'd expect if Teenage Fanclub and Cheap Trick crafted a tribute to Dinosaur Jr.  Does that sound worth your time?  Of course it does, you didn't come here to read about Taylor Swift or the latest boy band, you came here for the good stuff.

We have two tracks below for your evaluation, but you can stream the entire record at the Bandcamp link. 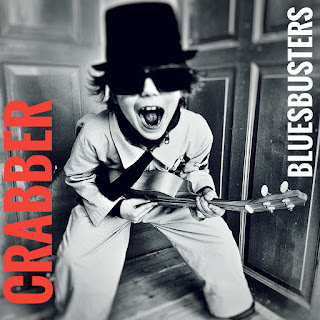 And now, from Hamburg, we present four-piece Crabber, with their debut LP Bluesbusters.  Providing hooks and jangle, but also offering some scruffy garage vibes and some rocking attitude, this is a set of songs that will erase your just-past-mid-week funk and paint your attitude with a fresh coat of here-comes-the-weekend.  So really, you can look at Bluesbusters as a home improvement product for your mental health.  And around here we are all about mental health -- and improvement -- so long as music and beer are involved.

Crabber are Olli, Uli, Jens, and Peter, and Bluesbusters is out now via Jigsaw Records. 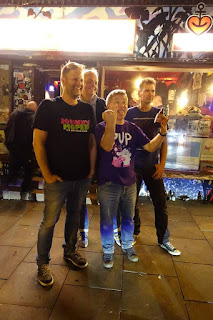 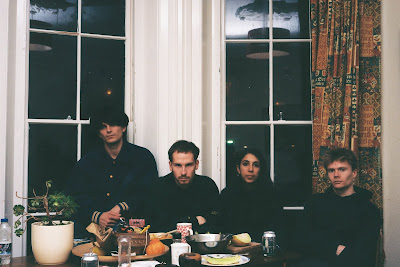 On the calendar, we are roughly halfway between the annual invasion of ghosts and goblins known as Halloween and the most celebrated of traditional holidays around here, Christmas.  So it is perfectly fitting to make the subject of today's first feature "Booksmart", the new single by Falmouth, UK's Holiday Ghosts.  The four-piece wowed us with their self-titled debut LP in 2017 (link), so we are thrilled to have a new song, as well as the news that their second LP, West Bay Playroom, will be available for our ears on February 15, 2019 (nestled up against the Valentine's Day holiday -- these kids know how to market!).

The new album will be released via the tasteful folks at PNKSLM Records.

Let's start the day with a pleasant surprise - new music from Brooklyn's Wormburner.  In our view, head burner of worms, Hank Henry, has gone too long without a new recording.  But that changes this week with the sizzling "Alumni Magazines".  Check out the 'name your price download at the Bandcamp link.  Hot damn, we hope more is coming soon! 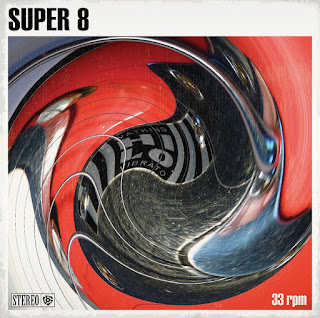 Paul Ryan, aka Super 8, is very prolific.  But his talent keeps pace with his output, so we consider our ears to be winners.  Paul recently released HI Lo, his third full album this year.  Packed with joyful and varied songs that will brighten anyone's day, with hooks and melody galore.  Paul wrote nine of the eleven tracks, covering Neil Diamond and Phoenix for the other two.  We think that the album will be welcomed by anyone except those sad sacks who focus on what they have accomplished this year versus Paul's three, full length albums.  Oh well, at least your Christmas tree is up -- right? Right?

Facebook
Twitter
Bandcamp for album (UK)
Bandcamp for the album (US)
Futureman Records
Posted by Rocksteady74 (Scott) at 11/27/2018 No comments:

"Something's Over" by Delsbo Beach Club

We are starting the day in Sweden.  Well, our ears are starting the day in Sweden.  The occasion is "Something's Over", the new song by Stockholm's Delsbo Beach Club.  The band garnered a lot of press last year and released single "Talking In My Head" in April, but has spent some time re-grouping and re-charging.  The result is this energetic tune about relationship turmoil.  The track progresses from a taut opening to a slashing, soaring finish, and it makes us eager for their new EP, supposedly coming in 2019.

The Lovely Sparrows - Shake the Shadow 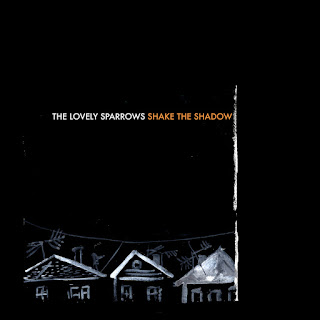 Happy Monday!  We understand that not everyone welcomes Mondays, but we can make yours a bit better with Shake the Shadow, the new album by The Lovely Sparrows.  The project headed by Texan musician Shawn Jones displayed their potential with a debut album in 2008 and an EP in 2011.   However, the ensuing years were quiet as Jones withdrew to hone his craft.  I don't know whether Shawn worked with a special musical Yoda or did it the hard way by himself, but the results are nothing short of stunning (in fact, Shawn completed graduate studies in musical composition, but let's not let that get in the way of starting a good legend).  However it was accomplished, Shake the Shadow consists of ten tracks of shimmering, robust guitar pop of extraordinary quality and consistency.  The arrangements are delightfully constructed and fully detailed.  Lyrically, Jones intrigues with contemplation of the magical and the mundane.  We recommend this album unhesitatingly, and have already added it to the top group of our year-end favorites list.  This one could be your early Christmas present - to yourself.

Facebook
Bandcamp for Shake the Shadow
Abandoned Love Records
Posted by Rocksteady74 (Scott) at 11/26/2018 No comments: 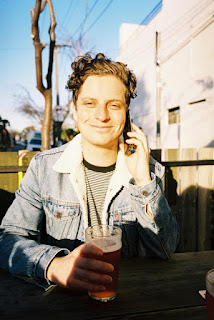 A couple of years ago we were very impressed by an album titled Brutal Politic, by JP Klipspringer (link).  The project of young Australian Jack Paulson, we marked JPK as a artist to follow.  We now report that we no longer follow JPK, and have switched our focus to Vic Park.  Our job is to follow the music, and we think debut track "Don't Let Me Fall" demonstrates that Vic Park has the stuff.  However, we don't think Jack Paulson will be too upset about our switch, because Vic Park is Jack's new project.

So feast your ears on "Don't Let Me Fall", Jack's new digital gem, and look for future delights from Vic Park.  Of course, you can continue to listen to Brutal Politic -- we certainly are doing so. 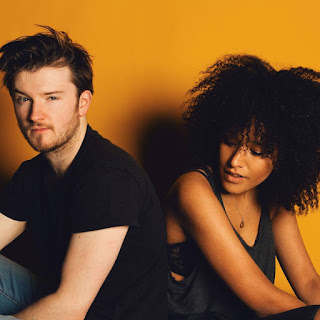 We're launching into November's final week with a soulful slice of electronica by Edinburgh project Lunir.  The duo is Becky Sikasa (vocals/guitar/keys/vocal looping) and Dvid Scobie (vocals/drums/keys/vocal looping).  "Wadidi" has a great vibe and and showcases a confident performance to accompany the ace songwriting.

The song is available now as a digital download.